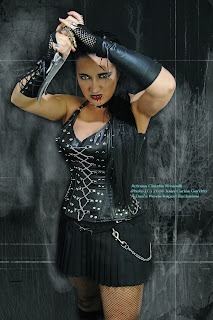 All photos (C) 2016 and are exclusive to Dan's Movie Report from photographer Juan Carlos Garrido
https://www.facebook.com/JuAn-CaRloS-GaRRIdO-FOTOGRAFIA-ALTERNATIVA-156591137730602
Make Up: Mary Borrea

Greetings valued Dan's Movie Report readers, today is the beginning of a special series of photographs throughout 2016 and beyond of exciting actress Claudia Rivarelli. 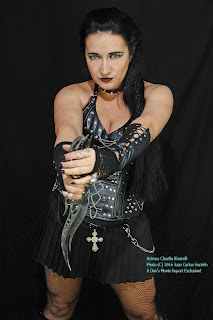 She describes herself as: A South American bikini fit and pin up-glamour model, born and currently living in Uruguay/Brazil. Actress and creative person!

I began working as a fashion designer at the age of 16 and have also continued in this endeavor to the present day. i began work as a runway fashion model at the age of 18 and pursued this for a number of years.I transitioned to fitness modeling as it gave me great opportunity to combine my love of sports, and athletics with my modeling career.

I do numerous photo shoots in Brazil,Uruguay and is also making substantial inroads into the American and Canadian modeling scenes. I love to work in other countries. My primary athletic interests are kickboxing, martial arts, and Crossfit training. I have many other areas of interests, however, in addition to modeling and sports. I studied 3 years university-level Communication Sciences and im very much interested in linguistics and learning new languages, I currently write five languages : Spanish, English, Portuguese, Italian, and some French.This year started with Latin. In addition to this area of study, I also completed 2 years of marketing and publicity.I also studied acting too, specially i play characters of old Hollywood (Cyd Charisse and Liz Taylor), I can acti in comedy , martial arts,thriller, terror and others. Actually i teach drawing and fashion design, sewing,embroider too. I have some fashion collections too. I have a great team who always are with me; my photographer Juan Carlos Garrido , my hairstylist Matias Loureiro , my make up artist Mary Borrea. Followed by E! on line channel and Deadline
Hollywood. 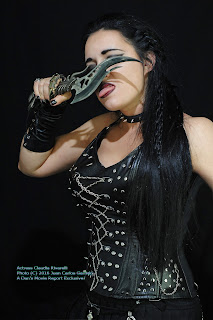 So how cool is that fans of worldwide epic people!

Get ready for her unique brand of intensity 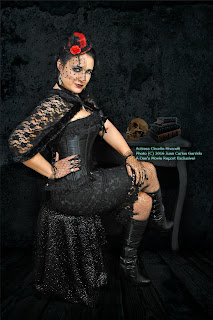 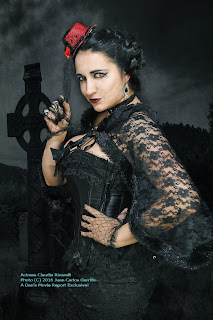 Whew! Thanks for checking out Claudia Rivarelli!

Watch for more exclusive photo sets and interview later in the year on your home for exclusives Dan's Movie Report!