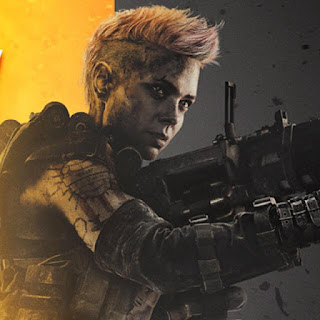 Greetings valued Dan's Movie Report readers. With the impending release of Call of Duty: Black Ops 4, I had the opportunity to catch up with Nina Bergman after her concert here in Ft. Lauderdale, where her band Letters from the Fire, who opened for NonPoint. The Interview took place at the end of August but I held it until release of Call of Duty: Black Ops 4. Once again another exclusive interview on Dan's Movie report! 3-2-1 NINA!

Are you going to have to do anything more for Battery?

Are you going to do a promotional tour for Call Of Duty?

As of now I cannot because I am touring. (the interview took place in August) I also have two new movies I will be working on, that I cannot discuss.

Shifting gears, I recommended you to Daniel Zirilli for his film Hollow Point.

Yes he said he wanted me but I was touring so I could not do it. I will follow up when he is back and I am back in LA. 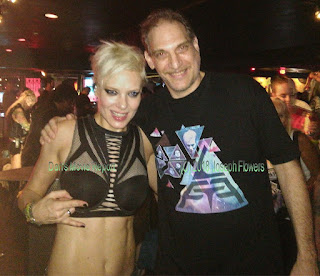 Above Photo: (C)  2018 Joseph Flowers Nina and I at Revolution Live!

Discussing Letters From The Fire. How is the new tour going with NonPoint?

This second one is wild.


Is it better than the first tour? 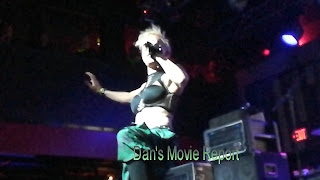 The fans here a fucking amazing, they are so supportive. (Ed Note) Nina probably signed a hundred autographs after the show, and she has never played here before. The crowd was doing there thing like moshing?

Above: Hot new promo photo of Letters From the Fire from their Facebook Page!!

Do you have another concert tour coming up?

I have a movie to shoot, we are trying to work out the scheduling. If I do the movie I cannot do the POD tour.

Wait, you were offered POD tour?

I cannot discuss as things are still pending, we are trying to work things out.

It did not take very long, because once they captured my image they were done.

They Mo Capped you?

Yes for the poster I was holding all the Armor. They could not use my voice, because I have an accent. (Ed Note) Nina plays the character of Battery. She is a munitions expert.

Did they use your movements?

They did I am not sure exactly what, because I have yet to see it. (Ed Note) The full game releases October 12th.

Finally Check out this bad ass live video I shot of Letters From The Fire with song Comfort You:
https://www.youtube.com/watch?v=FFB824OuvOs

Keep reading Dan's Movie Report for exclusives on Nina and Letters From The Fire!!!

Please point your browsers to www.lettersfromthefire.net for the band and for Nina: http://ninabergman.com/