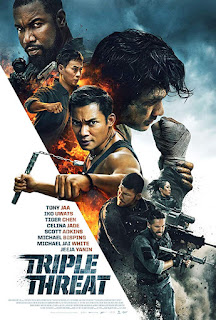 Konstanz, Germany is the location and the event is located at the Zebra Kino event center & Theater and can be bought at the location https://zebra-kino.de/tickets/
I am assuming since this is day of show, it may be purchased at the event center box office.
Posted by Dan's Movie Report-Danny Templegod at 6:44:00 AM