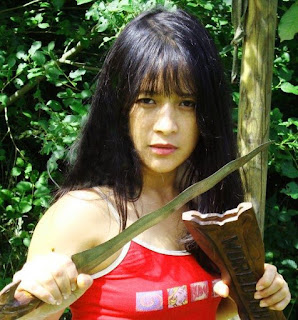 About two years ago I interviewed Jovelyn on Dan's Movie Report! Jovelyn has recently posted a new training video where she instructs two young students for a first time fight.


Jovelyn has a 30 year martial arts background, speaks English, German, French, Taglog, and Cebuano! I think her time has come to work as a martial arts trainer on a film! With her compassion, understanding, professionalism and patience I feel she deserves a shot at training film actors for fighting and possibly some fight co-ordination in the future! She resides in Germany, her Facebook friends' list is currently full at 5,000, but send her a message.

stick your browsers to: https://www.facebook.com/#!/NoONEOne