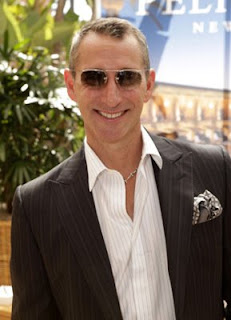 Adam Shankman, Director of Rock of Ages, has taken time out of his busy schedule this past week to do a series of once, sometimes twice a day twitter interviews. No, these interviews are not with the big media, on private message, they are with the fans, and also independent bloggers who might have one or two questions to ask regarding the production of Rock of Ages. Interestingly enough, they seem to be more perspicacious and intuitive than the mainstream media asks. Because Adam, and most of the cast have a keen understanding of social media, Rock of Ages is truly a movie for the fans.

There is a premiere of the film upcoming on the Warner Studio Lot in LA on Saturday June 2nd. The screening is open to the public for a charitable donation to The Trevor Foundation. Rock your browsers to this link for more info: http://www.thetrevorproject.org/rockofages

Adam has confirmed that the movie was trimmed down and edited for the theatrical release and that there will be a director's cut. All of the questions and answers are available on his twitter account.

A couple of the more insightful questions are:

"@javabean71: @adammshankman If you could pick a female and male actor you wld love to work with who would it be?" Clooney, Winslet

@LipsRedAsBlo0d: @adammshankman how did you get into directing? Was it a long term plan?" NO. IT HONESTLY WAS AN ACCIDENT. JUST HAPPENED.

I asked two questions, one of them has vanished into the Twitter Ether! Haha, but I remember it.

@Templegod1: @adammshankman How did you like filming on Hollywood Beach? Hollywood, FL!?" That was first day! Most amazing ever!

Was the Hard Rock live set the most fun you have ever had on a set?

Yes! That and I liked the main set on Hairspray.

Twitter seams to be the wave of the future, the comments are limited in size, but many of the stars and directors tweet quite regularly.

All of the main cast in Rock of Ages are extremely active in the Twitterverse! Find out more about the film and their inner thoughts, desires and insights to their activities.

For those dumb asses who think Tom Cruise cannot rock, check out this brand new promo pic of Cruise directly from the Warner Bros studio! This was live at the Hard Rock Live concert set in Hollywood, FL! 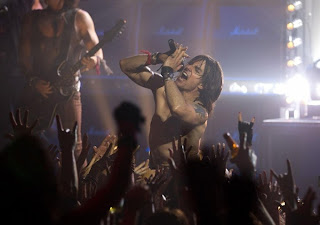 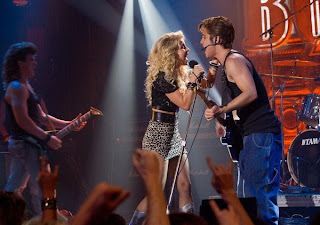 A bit of inside information: The above shot was from filmed at Club Revolution Live in Ft. Lauderdale, the production rented the two story club for one month in mid 2011!. Exteriors will filmed in Overtown, (an area near downtown Miami), as they turned a five block area into 1985 Hollywood Strip! Clomplete with tower records, and the Burbon Room. Many interiors were used in Overtown as well.Yeah Hollywood, comes to FLA! Also a full sized one to one ratio model of the Hollywood sign was built on a place affectionately known as MT. Trashmore, yeah our trash is growing. This is an area Appx. 15 miles north of the city of Ft. Lauderdale. Actually, this is, all be it artificially, the highest point in South Florida! Quite simply, the greatest location scouting ever!

For more info Blast, pound, and shred your browsers over to the official site @
http://rockofagesmovie.warnerbros.com/