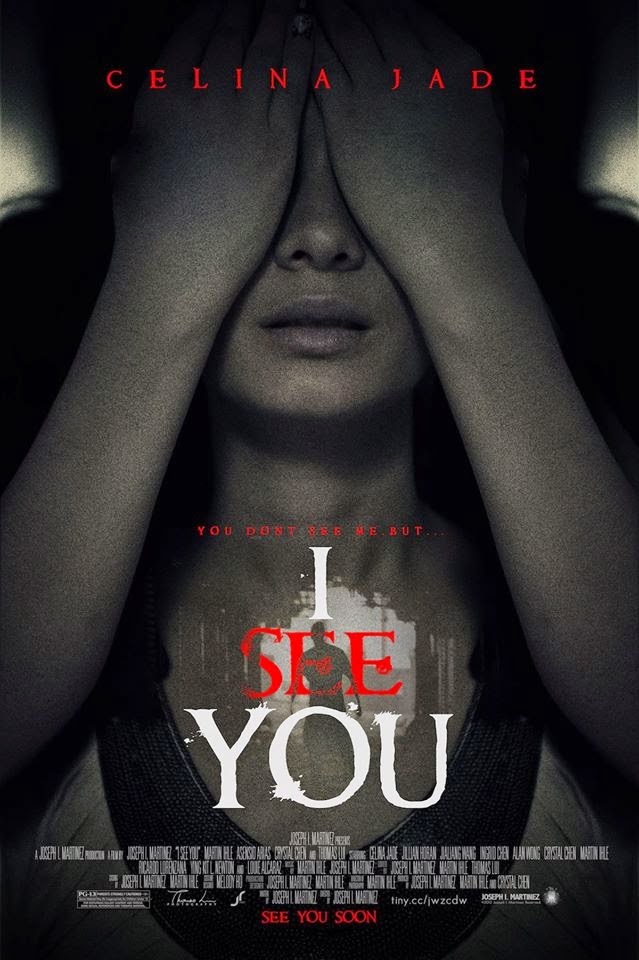 Above Picture: Poster for 'I See You' (C) 2012 Thomas Lui Photo and layout For more information contact http://thomas-lui.com

Being that I am an independent writer, I fully enjoy taking the time to not only watch, but review indie short films. Thanks to actress Celina Jade, I found out about 'I See You'. 'I See You' is a creepy 13 minute blast of a woman's descent into madness. Joe Martinez paints a sordid picture, of an office worker named Melissa,  portrayed by Celina, who leads a seemingly normal life, except that she not only hears voices, but she sees things and people who are not there. 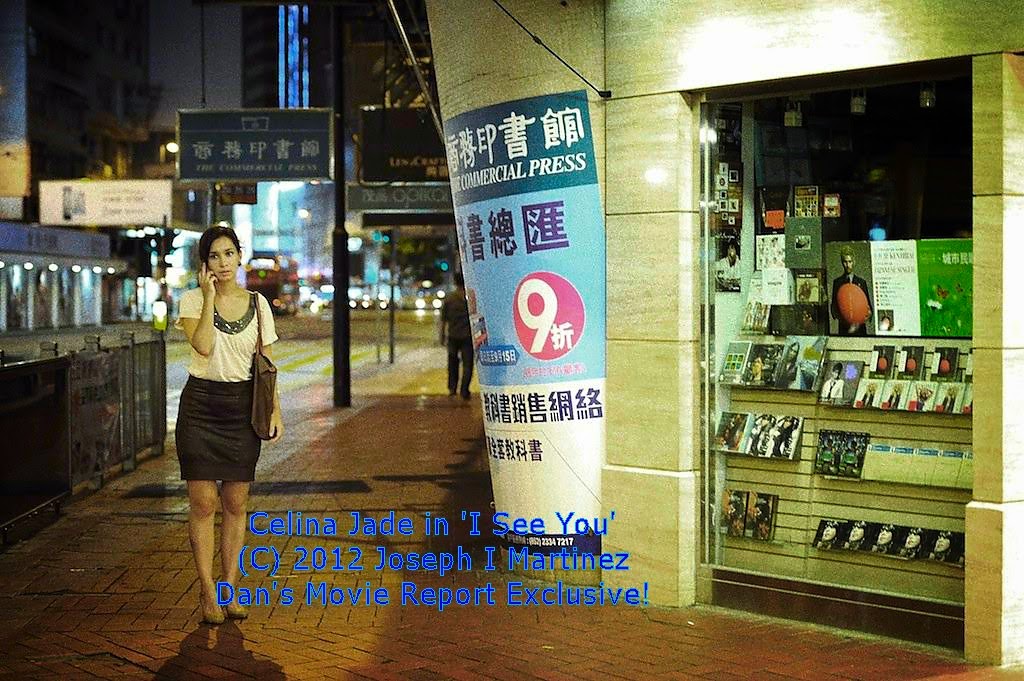 She leaves the office one night, and while walking home is dumped on the phone by her boyfriend, she is haunted by an image of her past, or is it all in her imagination? She claims to her friend on the phone that "I keep seeing things" The second half of the film is an extreme measure of mood, with tense emotional attitude. Martinez, knows how to get the most out of Celina's ability and emotional expression, through various tense frames, dripping with Dario Argento type mystery. One of the strongest point about the film is not knowing what is going to happen next.

Above photo: Celina Jade (back) Jiillian Horan (front) in a creepy exchange in 'I See You'

'I See You' is further intensified by the clever casting of Celina's younger sister Jillian Horan, as her creepy subconscious Bonnie, an apparition, or voice. Jillian is so amazingly scary as she just calmly stands next to her and emote "listen your mouth is bleeding" The two sisters, make a great team on screen, both natural actors, not forcing it, just flowing through the scene like water from a pitcher to a cup.

Another cool thing about "I See You' is that it is shot in 2.35 to 1 aspect ratio. What is the importance, one asks,  it allows for full scope of background and use of lighting in various places to create mood. Upon multiple viewings, the mood is fully realized, the horror Melissa feels becomes more distinct. Obvious time was taken to discuss the lighting, mood, imagery and dialogue on 'I See You', not only is the final project memorable as a short film, it would make a great series or feature film. 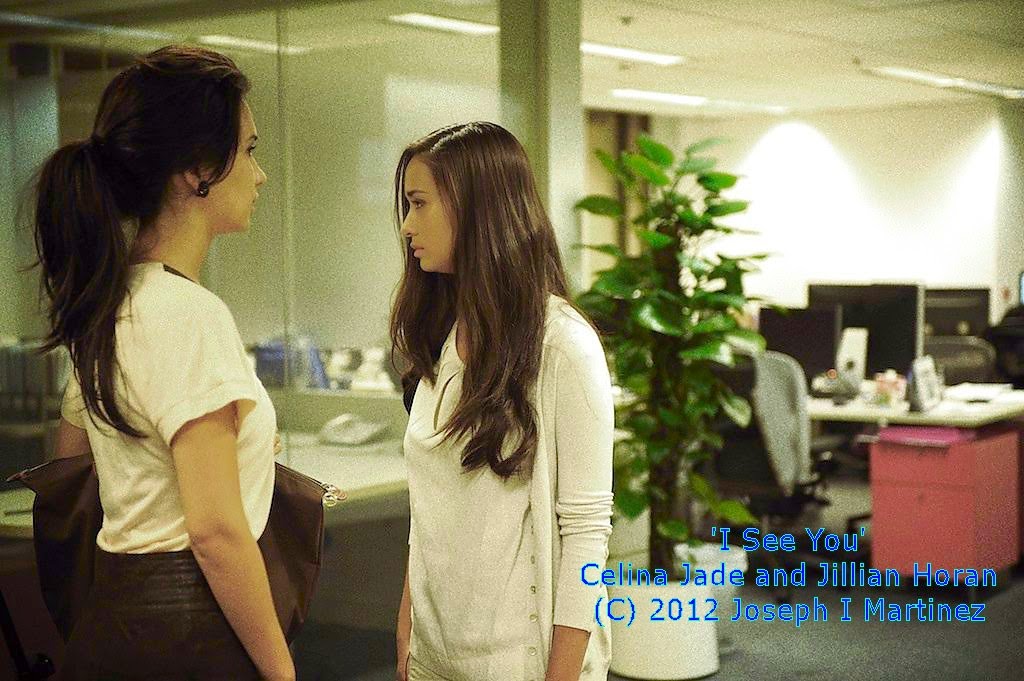 Overall this is an amazing film, my top horror film I have seen this year, even though it was released in 2012. 'I See You' rates a 9.5 out of 10, it is nearly flawless, I want to see more of Celina and Jillian in feature horror films.

Watch for more exclusives from Joe Martinez on Dan's Movie Report as he is working on his latest horror masterpiece, 'Knock' which comes out around Halloween 2014! Here is the IMDB page for 'Knock' http://www.imdb.com/title/tt3746020/?ref_=nm_flmg_dr_1