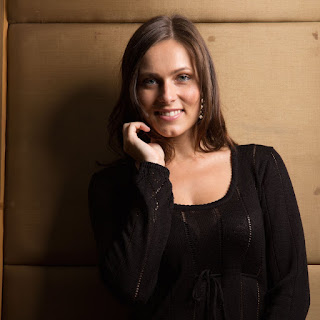 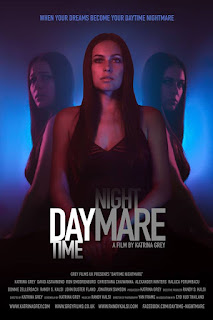 Above: Daytime Nightmare poster (C) 2018 Raluca Andreea Porumbacu (Film is in post-production now- watch for more exclusives in late 2018 and 2019!

Actress Katrina Grey came to my attention a few years back. With the release of Hard Target 2, and Locked up, I wanted to get her thoughts on the various projects she has worked on. Katrina has been honing her action skills and acting chops releasing a new demo for 2018. Kat has also been hard at work in post production for her own film Daymare: Daytime Nightmare. Time to chat with Kat!

DMR: Jailbait: You had a main character role in the film, and I loved the first film so much, what happened between you reading the script and shooting the movie? Were there a bunch of changes made, I felt the movie was very poorly done.

KG: I have seen Jailbait as well and I liked it very much too. And the movie Locked Up which i was starring in, was for me a whole different story. when i read the script the first time I loved it. All I can control is my role in the movie and to be able to serve it to the best of my ability to embrace the character i was portraying. And I loved my character in the movie. It was a character I always wanted to play. 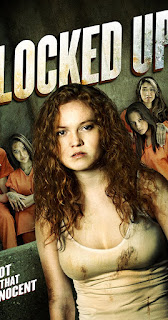 DMR: Your character in Jailbait 2 (Locked Up)  had to go through emotion, and you did your part admirably, that said what happens when your star is just not that good, and not balancing things out?

KG: I met Kelly ,the main character, on set for the first time just before we started shooting - we immediately became friends and we had a connection which i feel was visible on screen afterwards since we played best friends. It was a new experience for us and our characters balanced well on screen. Its always interesting to start working with someone you don't know to see how can you balance the characters and we did not have any rehearsals before so it was quite challenge which it came out good;)

DMR: A testy subject, nudity on screen, I feel that in the right setting nudity can be fine but this scene is like a Cinemax film from the 90s an so out of place, was this discussed earlier the length and detail of your scene?

KG: Actually we had a brief nude scene which was part of the script, after which my character revealed details about her past life before prison and was kind of contemplating life. It was a closed set and the whole team was extremely professional and we did it in just one take so it was as real as possible. I am a method actress so for me everything I did in the movie was as real as it could be.

DMR: When you watched the finished film what were your thoughts? I mean you essentially had a huge role so in that sense it was good, but the film itself is not, what did you learn NOT to do next time?

KG: When I saw the movie first time i thought I looked good on screen haha. Especially because during the whole shoot i was covered in dirt , sitting on dirt and had no make up, only dirt on my face and was sweaty - as real as it would be given to the fact of where i was supposed to be. I definitely learned a lot from this experience, and i know what to improve in the future including acting wise. I always change adjust grow develop from all the experiences I have on set. 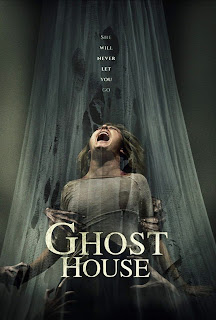 DMR: Ghost house- Loved the opening scene, was killer, how long did it take to rehearse, and shoot how many takes, and what did you do to actually be frightened, as not gonna lie it looked in real life someone was chasing you?

KG: Oh this is my favorite topic. I don't remember exactly how many takes we did but but we had camera movement rehearsal first and than we started to shoot. The location was amazing and in a dark alley as well. The ghost was very scary. Like i mentioned before i do method acting so ´ in the moment´ of acting being real under imaginary circumstances I applied it in the scene. I was frightened for real and use me all my past scary experiences that i lived in my life. I was being chased by my own imaginary ghost and in fact camera as well;)

DMR: Expanding on the Ghost House ideas, chat about the dynamic of fear, what do you do to get in that mindset, to show the emotion.

KG: Method acting again;) I used techniques which i learned in masterclass to prepare myself in advance for the scenes and than on set completely relax I live the moment . Basically I recall all similar situations I was in before and than react to it using the script. To make it real.

DMR: Ghost House was just beautifully filmed, what are your thoughts on the filming and locations?

KG: Oh this project was just amazing, director producer and everybody on set as well. This project came out great because they put their hearts into it. Including me i am very proud to be part of the team and this project. 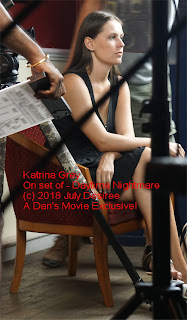 DMR: I watched the film a couple of times, that said I just had a hard time getting into the pacing after the opening was so crazy and amazing, what are your thoughts on this?

KG: When I watched the movie for the first time at the premiere in Bangkok, I was scared as hell. This movie had so many unpredictable scenes and also scenes I never seen before so it definitely became my favorite horror movie. The pace throughout the movie is different so it keeps the watcher always interested in the story;).


DMR: The amazingly powerful short film Milk, wow is all I have to say how did you become involved?


KG: Yes i just filmed an amazing high budget short movie directed by Yu Jin Jang - a Korean female director. The Amazing thing about this was there was a mostly female crew on set which was very nice. The story is about the mother ( Thai and German ) coming from different worlds, backgrounds and find many things in common. A Powerful short drama. What's Interesting about it is that I learned German for this movie so I could deliver many lines in German. It Was not easy since i speak no German and the language itself is difficult but i enjoyed it very much.

DMR: Chat about playing essentially a character alone talking to a bird, how did you get into the mindset for a duality role?

KG: Short Movie Two: White Crows was very interesting to work on. I had the director replying as a bird to me while talking and looking at the bird. And it was interesting because I just imagined that he understands me so therefore it felt real for me to have a conversation with a bird. Bit of imagination is needed  always;)

DMR: Will they film screen at other festivals? I mean it is great, I would def say 7 or 8 out of `10 rating?

KG: Yes i think both short movies i did will be in short film festivals but at the moment i don't have any further information.

DMR: Script writing a big undertaking what made you decide to write your own or co-write?

KG: I decided to work together with screenwriters in my own script ideas because I have many stories to tell and I wanna write the main character for myself and portray it as best as I can. Soon I will have 4 and wanna get them made soon. At the moment I have one action drama called Soulless and a big inspiration for my is my favorite actor Haley Joel Osment which I hope he would play the main character. 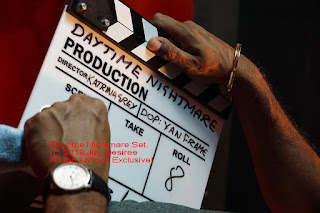 DMR: Chat about your upcoming projects?

KG: Movie Vampire reborn just came out into theaters in Minnesota. Its a Hmong legend which was shot as an action movie directed by Yengtha her . Its in English and Hmong language. It was very exciting for me to work on it because everybody on set was so nice and did not speak English but we had same goal and project we worked on which brought us together. I played police officer Sandy alongside amazing actors such as Ron Smoorenburg and Byron Gibson.

Another project that I had part in is Troy the Odyssey . I had a small part in this movie , I was playing Helen of Troy. This movie was produced by Asylum and Benetone production company. Awesome historical project. Enjoy:)

DMR: Final thoughts, any advice or ideas you have to make the film community a better place?


KG: I can suggest to everybody no matter what they do , to follow their dreams, to do what they enjoy the most and enjoy the process and not to focus on the goal only.


Above: Live Dan's Movie Report Shout out!  Get ready for Daytime Nightmare!