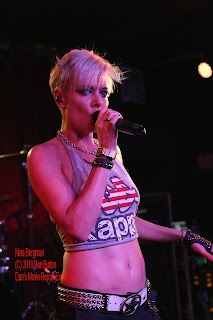 
Greetings valued Dan's Movie Report readers, hard to believe that it was four years ago that I first interviewed Nina Bergman for her film with director Art Camacho called Assassin X (The Chemist) http://dansmoviereport.blogspot.com/2014/09/actress-nina-bergman-interview.html Nina has unleashed her power and talent worldwide by joining Letters From The Fire, and will be starring in the new Doom Movie! In addition to that, recently Nina has appeared on the cover of the new Call of Duty: Black Ops 4 video, which game out in October. Grab a vegan snack and get ready to hear from Nina! The video & Photos were taken by Ben Burton -- https://www.facebook.com/benburtonphotos/

How did it come about that you joined Letters From The Fire? Were they interested in you before the old singer left the band?


No!! I auditioned along with a bunch of other girls! And I beat them!! Haha ;) No, seriously I think we’re a great fit and we all realized that :) 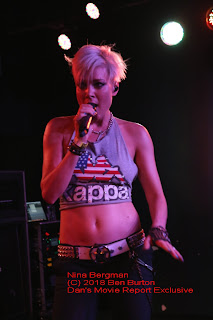 Had you listened to Letters From The Fire in the past? What do you think you can do to push the band to even new heights?


I was a fan before I auditioned! I feel I was the magic link… Now with 5 people wanting the exact same thing there no stopping us!!!! It’s only uphill from here!! 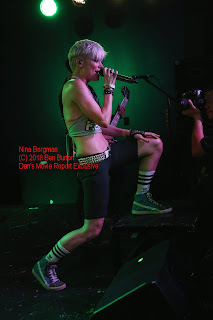 I love your stage presence and movement, has being in this band inspired you to learn new ways of projecting on stage?

Haha you haven’t seen nothing yet! We’re just warming up right now!! Once we tour for little while I’ll make up moves that do not even exist yet ;)

Last question for Letters chat about the first video Comfort You and technique as it is like old style yet clear and the movements what is the inspiration and ideas behind it?

We wrote what feels good! We didn’t go for any particular style! This is just what came out!


Ok-- For the rest of the interview,  please check out this kick ass ABOVE YouTube video: The questions are: