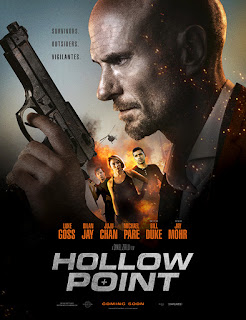 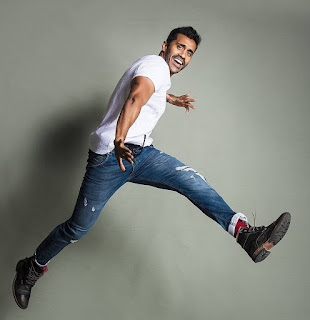 Greetings valued Dan's Movie Report readers, as most of you know Dan's Movie Report was able to cover the action film 'Hollow Point' last year with exclusive news and photos and videos, currently Daniel Zirilli and Executive Producer Dilan Jay report that the film has not only sold through Bleiberg Entertainment to multiple territories, but the release date should be announced in a few short weeks! This post is dedicated to the multi-faceted Dilan Jay and his bold step to fund a film as Executive Producer, and star!

Dilan Jay has an interesting path to Hollow Point, his first feature, his bio states: Dilan Jay was born in Los Angeles, California. He started his career in entertainment at 12, as a DJ. From there he grew to a Writer/Producer/Singer and debuted his first album in 2018. Dilan began acting in small roles and shorts, but got his first major acting role in the movie Hollow Point, where he plays principal role, Nolan Cooray. As a writer, Dilan has written multiple movies and TV shows of which one of them has been signed to Benny Medina's Production Company, Imprimatur (Adel Nur)

This is an exciting venture, as my readers know, it is often so difficult to do your own thing, blaze a trail and have others along who agree in your quest. Dilan personifies this maverick spirit in his music and his dreams and goals!

Hollow Point offers Dilan a chance to work with seasoned actors including Luke Goss, Michael Pare' and the up and coming action star JuJu Chan. The film promises edge of your seat excitement, along with a detailed story. Director Daniel Zirilli, worked hard on the production, along with the entire cast and crew. Of special note, is the work of Cinematographer Carmen Cabana, who adds her flair for action, and Chad Law's dynamic screenwriting, and the talented Arnold Chon who, worked with the actors as action and stunt Coordinator!!

Watch this site for more news on the project. In the mean time check out some exclusive wrap party photos @ http://dansmoviereport.blogspot.com/2018/07/hollow-point-wrap-party-exclusive.html

Check out these amazing shout outs live from the set of Hollow Point @ https://www.youtube.com/watch?v=K_2G7FdOIe4