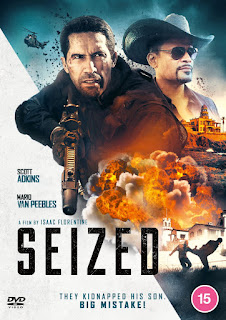 Above: Poster for Seized (C) 2020 Dazzler Media, all rights reserved, image not monetized.


Greetings valued Dan's Movie Report and Action-Flix.com readers. Across my desk today comes news of a brand new action film starring Scott Adkins called 'Seized'. Dazzler Media releases the movie in the U.K. on December 28th! The movie will be available on DVD and digital formats. Currently 'Seized' is available in the United States on Amazon on digital, $4.99 to rent $9.99 to purchase. https://www.amazon.com/Seized-Scott-Adkins/dp/B08KYQ91W3/ref=sr_1_2?dchild=1&keywords=Seized&qid=1606929669&sr=8-2 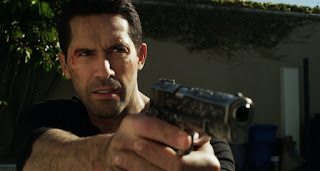 Above: Scott Adkins as Nero in 'Seized' Image (C) 2020 Dazzler Media, all rights reserved, not monetized

Synopsis: Get ready for an exhilarating dose of action in Seized! Action star Scott Adkins (Avengement, Triple threat, and Doctor Strange) is Nero, a former special forces agent who has moved to a quiet beach town to raise his son. He is awakened by a phone call and message from a mysterious voice telling him his son has been kidnapped. In order to save him, Nero must wipe out three dangerous crime syndicates, leaving no survivors.

He must work alone and faces growing obstacles as he fights to complete his mission, while uncovering the identity of the man behind the macabre plot. The clock is ticking and Nero can't waste any time or make mistakes, or he’ll lose his son forever. 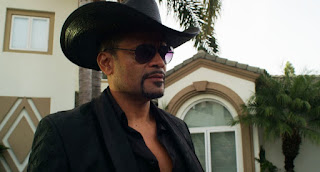 Finally, Scott Adkins has been featured quite a bit on Dan's Movie Report and Action-Flix.com. Last year my associate Tayah interviewed him live at the Fighting Spirit Festival! Watch for more exciting exclusives coming in 2021!