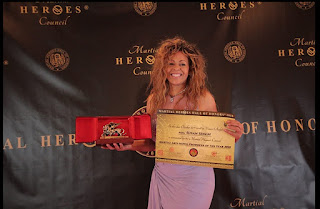 Above Image: Suza Singh from IMDB, Image used for promotional purposes only, not monetized.


Greetings valued Dan's Movie Report readers. Today I have the unique opportunity to interview the writer/director of the new action film 'Honorable Sins'. The movie is garnering several awards across the film festival circuit and actually is available to rent now. https://store.cineplex.com/Product/honorable-sins Is the link to view the film~ Suza Singh stops by to chat about creating 'Honorable Sins' and her thought process regarding the script and filming. Sit back, relax and garner some independent film wisdom!

DMR: Chat about your background and what made you decide to be come a director and writer of films?

SS: I was a professional singer, so I was always having to self tape for auditions. I become quite comfortable around video equipment. I moved to corporate video’s and ventured into feature films!!! Yeah. How difficult could it be, I thought!!!

DMR: Chat about the concept and script of Honorable Sins, did you first think about the pace of the story and how to build suspense and characters?

SS: To be honest I love fast moving action thrillers so this was my first attempt at a slow burn. The tricky thing is about the ‘slow burn’ is that you can lose people if it is too slow. I started with the action and worked backwards from there. I worked on character arcs for the main characters and worked to show that every character had layers. I created the characters that everyone had some idiosyncratic characteristic that was slightly off kilter. I also threw quite a few mis directional threads too. One technique I used was to have slower scenes in the beginning and cut the scenes faster towards the end. 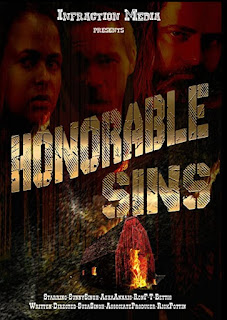 Above Image: Poster for 'Honorable Sins' from IMDB all rights reserved, image used for promotional use only, not monetized.

DMR: How many drafts did you do and curious how long it took to write 'Honorable Sins'.

SS: The initial draft took about 2 days non-stop. The second and subsequent drafts took around 2 - 3 months. Also re-writes happened during filming also. During rehearsals we could see if certain words sounded better than others. It was more like a living document that was tweaked when needed. 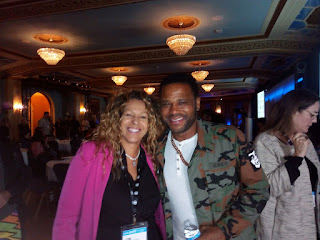 DMR: Chat about securing locations internal and external in Alberta, most of my audience is based in either the U.S.A., Europe, and South East Asia, must have been challenging to shoot in some of the areas.

SS: The locations were very local to us. One of the towns is called Beiseker, our offices used to be there a year or so ago. Then the other regions were Bragg Creek and just on the outskirts of Calgary. These are popular filming locations in Alberta for major studios. We shoot in private locations which makes filming easier. Filming in the woods is always challenging due to lack of power, so we had to do a lot of prep work!

DMR: Curious about the change of seasons and such, looks like some scenes were filmed in far colder weather than others.

SS: One of the strange things about living in Calgary, we have four seasons in one afternoon. Lasts week we were in 35 degrees, today there is snowfall. We were able to catch some of the different seasons due to our location. In addition we did shoot some scenes out of sequence to catch the weather we needed. 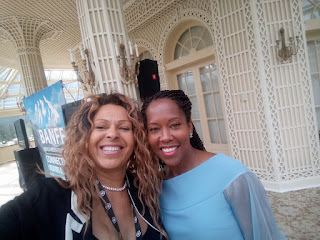 DMR: Chat about the casting of 'Honorable Sins', since it was filmed pre-pandemic, did you have the opportunity to do a table read?

SS: When we started 'Honorable Sins', there was no lock down so we filmed as normal. The film did take a long time to shoot and was not like most 20 day shoots back to back. I usually don’t do table reads, I just go into rehearsals where I can see and hear everything in context.

DMR: Curious of any changes made to the script or dialogue just prior to shooting, are there scenes you wanted to extend for dramatic effect?

SS: Lots of changes to the script throughout the film. The script is a guide more than a rigid document. There was also some adlibs from our actors that remained in the film. Our first draft of the film, it was 15 minutes longer than what you see now. I had to edit down quite a bit in order to keep the pace steady.

DMR: Any strange or funny stories from the set?

SS: A funny story was that at the theatre for our premiere a lady who worked at the theatre asked me if I was going to submit to film festivals. I said I would not be submitting at all. My decision was to move onto my next project without too much fanfare. After we won an Excellent Film Award I thought I would submit to ‘just one more festival’ and the rest as they say is history! One additional funny story is that we have won awards and been played around the world but we have never once been selected or been screened in any festival big or small in Alberta!

DMR: Chat about bringing Honorable Sins to the film festival market, I see many events have expressed interest.

SS: We have received around 20 nominations, and awards including Best Western, Best Female Director, Best Ensemble, Best Young Actress, Best Thriller and Excellent Film Award. We have been pleasantly surprised with the response.

DMR: Although the audience now can rent the film out direct, do you have a streaming service or outlet you would like to use for final distribution?

SS: We are happy to announce that we have a distributor in Canada called Cineplex. Cineplex is a Canadian wide theatre chain, before last year I basically lived there, as I am a complete movie buff. We were very pleased to have secured this distributor.

DMR: Chat about the rise in prominence of female directors Worldwide. How has this helped the chance to get films financed and distributed?

SS: I am happy to see many more women Directors around, it is always a positive move to see narratives told from different perspectives. Many of the Women Directors have come from a more traditional route. Coming from the acting world appears to be a successful path for many women Directors, and also from the world of TV appears to be a good way to get your foot through the door. As Indie filmmakers we are not supported, or financed by any government agency in Canada. Many Canadian films are funded this way here (different from the US). I was told first hand by one of the funding organizations that they are not looking for my kind of material and want ‘Canadian content’ which translates to well, your guess is as good as mine!!!! As a person of color the kind of projects that typically get funded revolve around stories where the emphasis is ‘being a person of color’ refugees, abuse victims, victims of racial violence ad nauseam. Having a story where people of color are lead protagonists, but where color is not the main focus is not a desirable project for most funders in Canada. Therefore we took it upon ourselves to complete the movie. Some stories have to be told!

DMR: Wrapping up, chat about any additional ideas and projects you would like work on, and do you have some advice for someone who wants to do all three, Produce/Direct/Write a film.

SS: Honorable Sins is an example of 'Auteur film-making'. (Ed. Note: referring to a style-specific to the author). I think that many filmmakers are writing, directing and producing by necessity. I believe that this can work for many. For example I compose the score then I know how to film the shot along with the music in my head. My advice is 1. No one will finance your film, you have to find a way to do it. 2. Don’t take advice from anyone who has not made their own movie, and you enjoyed that movie. 3.Work in a way that works for you, not for others. I was told I had to change how I work but I decided I would stick to what I know best because on the day, the Director has to know who what where why and when. If you don’t like it change it, if it doesn’t work adapt. 4. Film-making like life is not a meritocracy, making a good product can help but it guarantees nothing. 5.Your movie might change some persons life in some small way, MAKE YOUR MOVIE!

For further information on 'Honorable Sins' point your browsers to the following official websites: