It Is Time To RAZE, Your Standards! 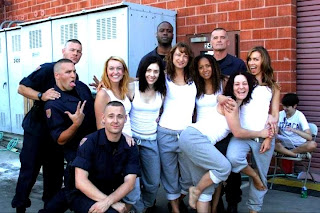 
In an extreme show of solidarity and love the Cast and Crew of RAZE take time out of their filming schedule to add a bit of happiness before they return to beating each other! Finally women will take a center stage in a full on action film! The time is right for action, violence and pain! Zoë Bell, and the rest of the cast are excited, I am sure it will translate into a fun film.

The cast is very active in the Twitter and Facebook Universe, this aspect makes the film provocative as a writer, one is able to get inside the mind of the film makers and cast. 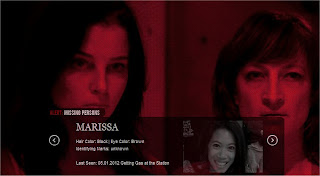 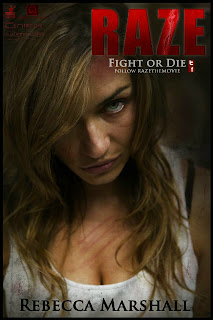 Above Pic: Rebecca Marshall in Fight or Die! Mode from Raze website. Cute and deadly!

For a launching point blast your browsers to the official site @ http://razethemovie.com/ The site is updated with character names, where they were abducted, and a few more details, it is time to FIGHT OR DIE!

As a long time supporter of stunt ladies and action, I am so happy that this film should RAZE further awareness of the difficulties stunt women especially have to go through, as they often have to wear skimpy clothing, and take hard falls. Search Names, Angela Meryl, Monique Ganderton, and even actress Zoë Kravitz who did her own harness work in X-Men-First Class. Below are links to the interviews I have conducted with these talented ladies. Stunt people make unique interview subjects as they have a often untold film story to tell. It is time to RAZE!

Angela Meryl who worked on Kill Bill, crashed through the table for Vivica Fox, and doubled Rihanna in Battleship!
http://dansmoviereport.blogspot.com/2012/05/angela-meryl-interview-exclusive.html

Later in 2012 More interviews will follow with the ladies of Raze! You have been warned!
Posted by Dan's Movie Report-Danny Templegod at 3:04:00 PM