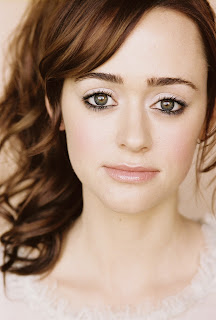 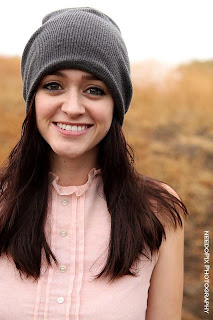 As a journalist, it thrills me to be able to interview fresh talent with diverse backgrounds. In the Zombie film Dead Season Corsica's portrayal of Rachel Conrad, the daughter of the leader of the militant compound is fantastic. She is forced to live a separate life, bottled up in her room in the first act, as the film progresses the situation changes, and so does the once quiet buttefly Corsica. Corsica has worked on all aspects of the film-making process from production to in front of the camera. Dan's Movie Report readers take note, this is the first Dead Season interview, watch for Zombie destroyer Marissa Merrill soon. The ladies take center stage and kick ass in Dead Season! Enough of my BS on to Corsica's interview. 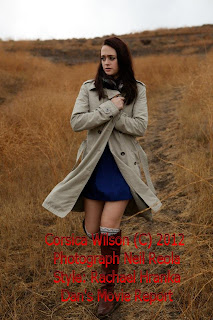 I read on your IMDB you have an adventurous spirit, was that from childhood, or developed later in life?

I definitely developed a love for adventure at a very early age.  I grew up in a Navy family, so we moved every two years and would travel any free chance we had. In the prime of my childhood we lived in a little village in Sardinia, so there was a lot to explore and a lot of adventures to go on.  And I hope there continues to be!

What is the craziest or most dangerous thing you have done in search of a thrill?

The majority of thrills I have found have been through traveling.  No adventure is complete without a few risks!  I think the most terrified I’ve been  (besides getting chased by zombies in DEAD SEASON) was when I was in India and almost got torn to pieces by a pack of baboons. My friend and I narrowly escaped their clutches, but I’m sure I could have lifted a camel with the amount of adrenaline racing through me. (Ed Note: WOW!) 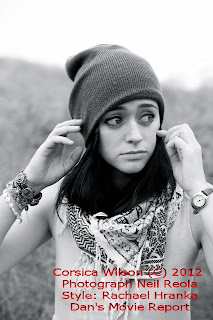 How did you decide to become involved with the movies?

From traveling so much, I really was able to observe a lot of people in their various cultures. Seeing how other people live their lives has resulted in my passion for storytelling.  I gained a lot of experience through the Florida State University Film School from there, I started to fall head over heels with the whole film-making process. Subsequently I started to explore other independent films like DEAD SEASON before finally coming out to LA.

Do you like to work behind the camera or mainly in front of it?

I really enjoy exploring a character, but it really stems from a larger love for storytelling.  I’m always jotting down ideas, scenes and characters that I hope to someday develop, but I’m just trying to take one thing at a time. While my focus is acting, I certainly don’t draw the line there. 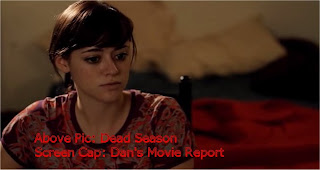 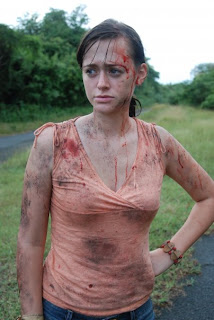 How did you become involved with Dead Season?

Adam and I worked together on my first feature, Claire.  We kept in touch, and a few months later, he called me up with the offer.

Any special training prior to the movie shoot?

The movie itself was so last minute, it felt like I had just gotten the call from Adam, and before I knew it, I was on a flight to the edge of the Bermuda triangle.  Luckily I had a basic knowledge of zombie survival already.

How long was your portion of the filming?

I was in Vieques for a week for all of my coverage.  We had a lot of fun and worked hard every day, but it was an eerie place.  I was a bit relieved to escape.

Share a funny Dead Season set story no one knows about, or that isn't publicly known.

Well, we had an interesting bonding experience during filming.  Vieques is one of the three locations in the world to have bio-luminescence, so there was no way we could miss out on a catching a glimpse.  One night, the whole cast and crew piled into one of our vans and drove down a rickety road out to a small bay. We took several boats out into the complete darkness, and jumped into the water and all this plankton lit up as soon as it touched us.  We all swam around and played in the water with glowing auras. It’s an image I’ll never forget.

How would sweet Corsica kill a zombie if she saw one in real life? (Describe in detail)

Especially after filming, I feel somewhat prepared to take on some zombies haha.  I would probably be the one to run and hide, or try to outsmart them rather than attempt to fight them physically.  Although if it came down to it, without question, I’d take their head off with something sharp and sleek like a nice Hatori Hanzo (Sword).(Ed Note-a clean kill, gotta love it!) 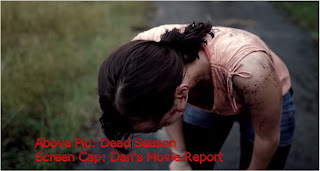 Does your athleticism help you escape zombies? (HAHA ok so this one is light hearted)

I think my strength in fighting off zombies would lie more in my brains than my athleticism haha!. My character in the film gets wounded early on, and so trying to survive knowing you’ve already been weakened brings on not only another sense of fear, but also courage. 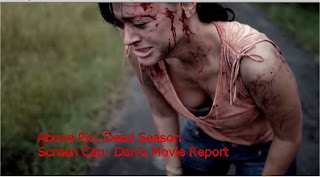 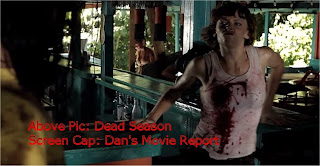 Above Pic: Greetings Zombies, my name is Tweeter, (Marissa Merrill) I am very pissed, you shall die painfully, and I shall enjoy it! (C) 2012 Dead Season, Image films Screen Cap: Dan's Movie report

Marissa was vital in helping keep focus on my character.  Being the only two main actresses, we became great friends off set, which only strengthened the relationship of the characters.  Tweeter is the only strong female presence Rachel has had on the island after a long time of solitude, and they gain a good deal of trust in each other, which ultimately helps in their attempts for survival. (Ed note-Yeah If there are Zombies around-point me to Marissa!)

What are your favorite scenes in Dead Season?

I really enjoy the suspense in the arrival of the main characters on the island, and I think the funeral scene couldn’t be more beautiful. I also really liked the arc that Elvis took, and how he dealt with the decisions he had to make.  The moments are very simple and yet complex in their realism.  And of course I adore the whole escape sequence.  But I love a good chase scene.

Any minor scrapes on set, bumps and bruises from the action?

Oh yes, there was a lot of recovery needed after only spending a week there: sunburn, scrapes and bug bites. We also came across some nasty red ants and even crossed paths with a tarantula! 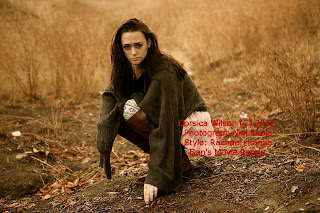 On to future projects: I Saw that you have a few future projects in the pipeline on IMDB. "In A World" and" Veer!" maybe if you can shed some light on those projects.

In a World is Lake Bell’s directorial debut film, and Veer! is an independent drama revolving around a recently retired pro-skateboarder.

IN A WORLD is a comedy about the voice over world.  I have a small role as a valley girl, but it was such an incredible experience to meet and work with Lake.

Veer! is more of a melodrama and is filmed in a documentary style.  I play the niece of a pro-skateboarder who comes home after retiring and he is trying to figure out where to go next in life.  I start out as a lost party girl, and with the influence of my uncle, start to have the courage to accept who I am and who I want to be.  We shot a lot of it on film, and Patrick Barry’s (director/cinematographer) innovative shot-design has created a really beautiful film of self-reflection. 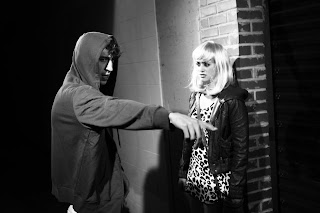 Above Pic: Corsica on the film Veer

What is your favorite genre of film to watch? to Act in?

Oh I can’t even try to pick a favorite genre. The details of production design and cinematography are ultimately what hook me.  A beautiful story should be coupled with beautiful visual story-telling. I would love to tackle a mystery or a con man type adventure.  Plus, I’d like to be a villain for once. (Ed Note: Got it, likes swords, wants to play villain, talented, and cute!)

What actors, actresses, or directors would you like to work with?

I’d love to continue building upon previously established collaborations.  I’m lucky to be surrounded by talented friends and wish to continue working with them. Though I DO have had a constant and overwhelming crush on Joe Wright, Wes Anderson, Kelly Reichardt, Sofia Coppola, Jean-Pierre Jeunet, and Xavier Dolan, just to name a few haha…. As for actors, I really enjoy Benicio Del Toro and Michelle Williams.

What are a few of your long term goals and dreams, acting, film or otherwise?

I only hope to keep being influenced by the world around me and have the opportunity to work on more characters and eventually start a production company to make my own films.  And of course, I hope to keep traveling and seek out more adventure!

Thanks For the great interview!

Thank you so much, I look forward to seeing it posted!