Keylight Alliance Rock of Ages Party at Passions! Getting my 80s On! 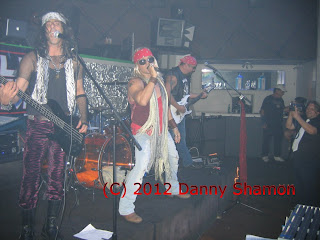 
I am not gonna lie, as a child of the 80s, I was thrilled to see that the Rock of Ages film not only depicted the era, but was completely shot in South Florida. I had a blast on the Hard Rock Live set, and felt like I was 21 again!

The Keylight Alliance allowed me to relive my dream one more time with a kick ass party at one of the hottest nightclubs in Broward county, Passions at Hard Rock.

The party Began at 7:30 PM and included several entertaining events, including a variety of raffles including on for an Adam Shankman autographed Rock of Ages movie poster.

Although there was an entry fee of $20, everyone in attendance, got a free drink coupon, early birds got an Official Red Carpet Burbon room shirt, all who attended got to take home a Rock of Ages mini poster.

By having the party at The Seminole Hard Rock parking is free and covered, pretty much the $20 was all inclusive and a portion of the entrance fee  was used to support the Keylight Allience's effort to bring film productions to South Florida, for more info go to their official site @ http://keylight-mptv.webs.com/

A costume contest took place at 9:30, I entered, so no pics from me, but it was a blast, I had to wear my Quiet Riot headband from 1983, bring my working Sony Walkman from 87 and of course in my back pocket was a Pat Benatar video cassette from 1983. Check out the pic of me below with one of the event organizers and Keylight Secretary Debra Hurd. 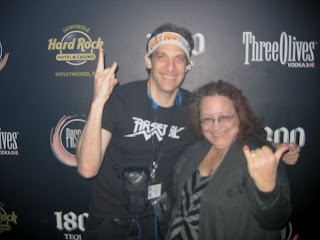 The party was extremely well organized and very entertaining. The evening's entertainment was provided by three different sources, A live four piece 80s tribute band called Black Velvet Revival, who were excellent, they had the look and sound down perfect!  For something really cool, check out their cool cover of Ratt's Round and Round http://www.youtube.com/watch?v=9hZmBYoi_Fo


Daniel Park http://www.danielparkmusic.com/
Park played acoustic versions of some of the tunes from the film
and finally a DJ spinning raucous 80s tunes between live performances.


The Keylight Alliance has several live events scheduled throughout the year: Go to their official site for more info.