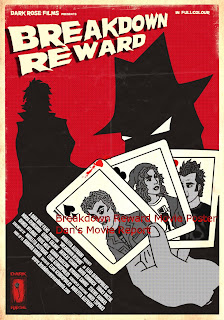 Above Photo: Poster for Breakdown Reward

In keeping with the worldwide action theme for 2012 on Dan's Movie Report, directly from Greece comes a crushing blend of action and bizarre comedy called Breaktown Reward directed by Elias Georgopoulos . Judging from the amazing trailer, bullets and curse words will be flying at an equally astronomical rate. Watch for the crazy girl with the gun in her panties at the end! Check the YouTube Link Below in case you miss her I had to post this exclusive Dan's Movie Report Screencap! Click link for Hi Res, and have this lovely sweet lady as a desktop wallpaper haha! 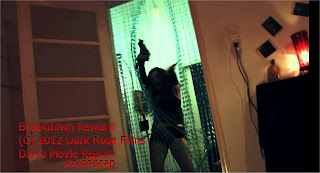 Two German contract killers are hired to dig up a lost treasure for their employer. Things go wrong when the treasure accidentally ends up in the hands of three small time crooks who were committing a burglary to pay off a debt to Munir, a local crime lord. The three friends use their connection with an underground informer to trade the treasure for cash. What they don’t know is that they’re being pursued by the contract killers and Munir’s thugs.

Check out the upcoming Screenings at these two film Festivals: