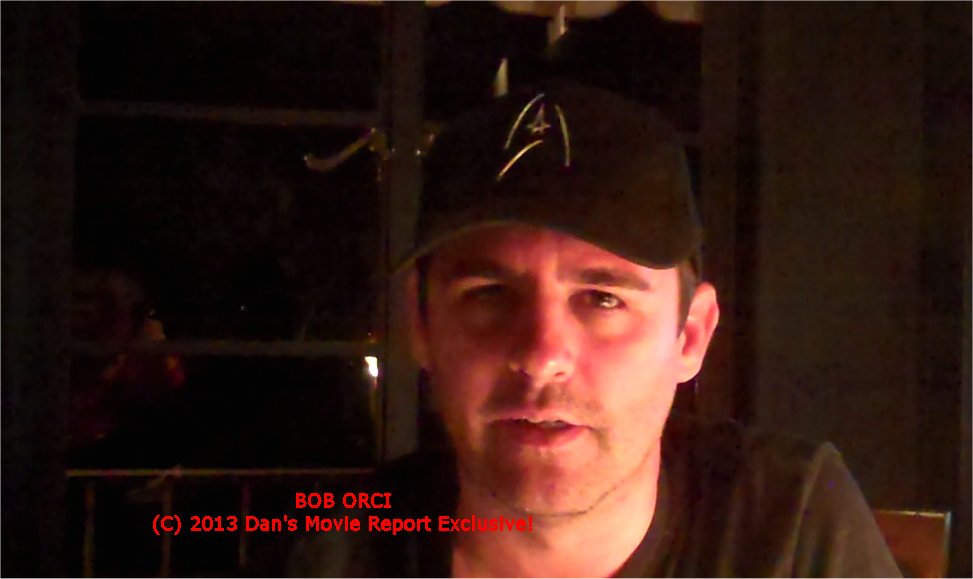 One of the biggest thrills an independent film critic can have is to chat with a successful writer, film-maker, or producer in Hollywood. Bob Orci is a man who is all three! In addition to merely writing the script, he is involved with producing serveral films and TV shows as well, such as Hawaii 5-0 and Ender's Game. From Bob's early involvement with the Xena and Alias TV series, all the way up to his new film, Ender's Game, this November, Bob has created unique and engaging stories that have won him legions of fans worldwide. In 2014 watch for him an his longtime writing partner Alex Kurtzman to unleash The Amazing Spider-man 2! On the cusp of the worldwide release of his latest film; Star Trek: Into Darkness, Bob took time out to answer a few questions exclusively on Dan's Movie Report.

Much talk has been made of a possible crossover with the Star Trek and Star Wars universes, can you think of a scenario or story where that would even be possible or is it just fantasy?

If you are going to have a Star Wars, Star Trek crossover the only way you can do it is to use the rules of Star Trek, Mainly because Star Trek has only used time travel. So if you are going to go from the future to a galaxy far, far away, a long time ago then only Star Trek's rules can take you back there. So maybe it is possible then, it will be the Enterprise and the Millennium Falcon vs Star Destroyers, that would be great actually.

You should patent that quick. Are there any thoughts of diversifying, and adding additional characters from any of the later TV shows, such as Q or characters from Deep Space 9?

The first Star Trek film you shot was in 2D, describe some of the story nuances and changes that were made to have Star Trek: Into Darkness be presented in 3D.

To shoot it in 3D, we did not think of it in the story, we wanted to make sure the story wasn't a gimmick and it took into account what a story needs to be, but, we did take pains during the shooting of the movie because we knew we were going to convert in this new way that hasn't been done before. That is why when you watch it in 3D you are not going to get a headache, it is very bright, it is not dark. We did take certain steps when we were shooting it to make sure the conversion was going to be great.

That is important to never lose sight of the story. Chat about additional Sci-Fi stories you would like to bring to the big screen.

Well we are coming out with Ender's Game in November, which is something that I always wanted to do. I would love to do some Arthur C Clarke like Redevous with Rama. I would like to see that on the big screen. I would love to see Issac Asimov's Foundation Trilogy somehow get adapted to the big screen. I am trying to get my mitts on those. These are things I am trying to get a hold of and if we succeed, you will be the first to know.

Thank you for taking time out of your busy schedule to chat.

A pleasure, nice to chat with you.