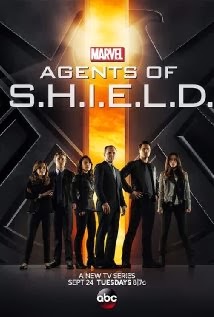 Quite honestly I rarely watch episodic TV, especially broadcast material, but I must say 4 episodes in, watching Marvel: Agents of SH.I.E.L.D., I am fully captured by the high tech wizardry, great story lines, and colorful characters scattered throughout the show. The one hour ABC show is a provocative and diverse amalgamation of styles, mixing elements of espionage, thriller, and sci-fi rolled into a package where if one turns away from the screen, they will miss something, usually important. 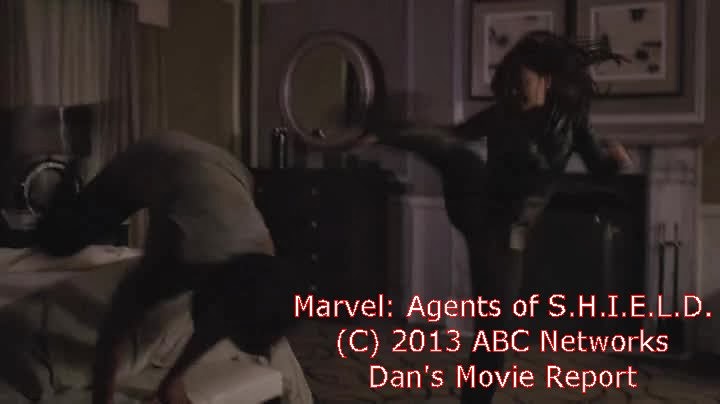 Loosely based in the Avengers realm, the agents in the group track down anomalies outside the norm, in the 4th episode of season one entitled: "Eye-Spy", a young lady named Akela portrayed by Pascale Armand, Akela has something to hide, a secret power, which we later find out is a manufactured ocular implant.


Akela, has  a telekinetic gift, that turns out to be an implant, the episode is full of action, drama, and suspense.  Each episode wraps up in one hour, but the interplay between the characters transcends episodes.

Speaking of characters, the list is very diverse, two geeky scientists, always bickering, quirky jabs at each other. Leo Fitz and Jemma Simmons, known as Fitz and Simmons as a team are fun, very erudite, and at times afraid of their own shadow.

Phil Coloson is the leader of the group, he is stoic and mysterious at times, but really cares for the common cause and is loyal to his people. Grant Ward is we learn later an android of some sort, who is a master infiltrator. Skye was a hacker that found out about the group through a back door channel on her rolling office, an old van. She was brought on board to work outside the Agents of Shield parameters. She is fiesty, pushy and works well with the series, her grating personality, is obviously a calculated move by the show's creator Joss Weadon 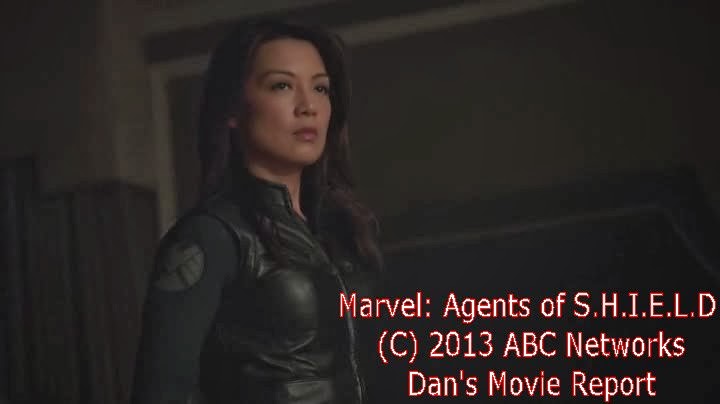 Finally, I save the best for last, Ming-Na Wen plays agent May. She drives the "Bus" essentially a double sized Air-Bus plane chalked full of gadgets and weapons. Ming-Na kicks ass in the show. Ironically the smallest in stature of the cast, she is the most brutal. She is a take no shit kind of girl, and looks slinky, sexy, and dangerous in black. She is a driving force behind the show's action, and makes the show very enjoyable to watch. Ming-Na is very active on her twitter, follower her, she does live tweets during the episode airings. @ https://twitter.com/MingNa

Overall a great show, I will not miss an episode of Marvel: Agents of SH.I.E.L.D. , I recommend a second viewing of each episode as there is a lot going on. I rate Marvel's Agents of Shield a 9 out of 10, the best show on TV this season!!
Posted by Dan's Movie Report-Danny Templegod at 12:48:00 PM