Zombies are overtaking Hong Kong, and they are multiplying at an alarming rate! Even a chainsaw strapped to the handlebars of a motorcycle cannot stop them! The population is growing so fast that a talented team of intrepid hunters look for new ways to dispose of them.

Seriously, a barbershop?! It turns out to be a perfect location for a weapon's stash against the undead! Located in the confines of the humble shop are dozens of straight razors, files, and scissors! The group, including Celina Jade as the Nun, battle against evil and begins to assemble their weapons. She is the calming force, the silence behind the violence, until she sees zombies, then the aggression kicks in. 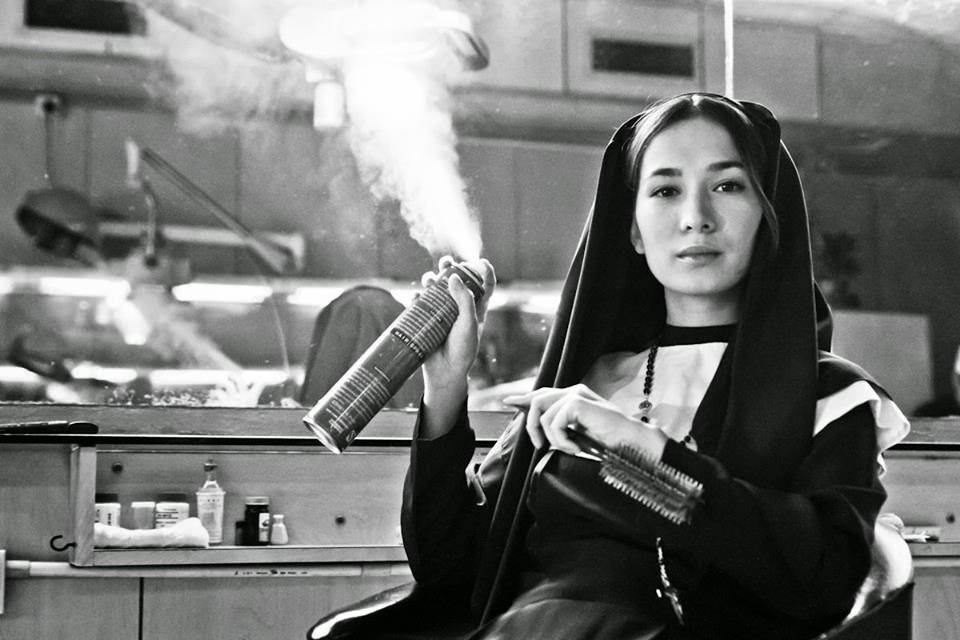 The weapons are actually hair drier tops, outfitted with a circular blade arrangement. The apparatus is then attached to a long chain, thus allowing the wielder a wider throw radius. While the new weapons are being forged at the shop, the undead surrounds the compound. Suddenly, Celina Jade screams at the top of her lungs: EVIL! 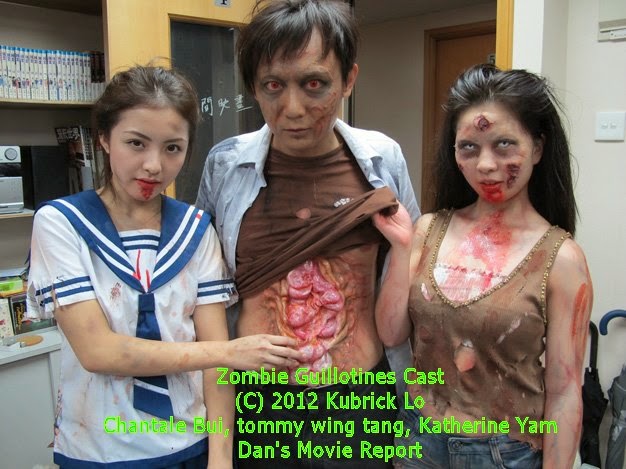 After that all hell breaks loose and the team is forced to go on a rampage to dispose of the hoards of Zombies. Celina says her prayers while ripping off the heads of the nasty undead in the closing moments of the film. At the end of Zombie Guillotines we see the team walking slowly toward the harbor and eyeing the erie skyline of Downtown Hong Kong shrouded in a layer of haze! Zombies beware!

The make-up and sets were creative and detailed, each zombie performer was given a cool look and character to play, one of my favorites is Katherine Yam, she was really brutal and maniacal looking, check this picture out below. Now that is a Zombie! RUN! 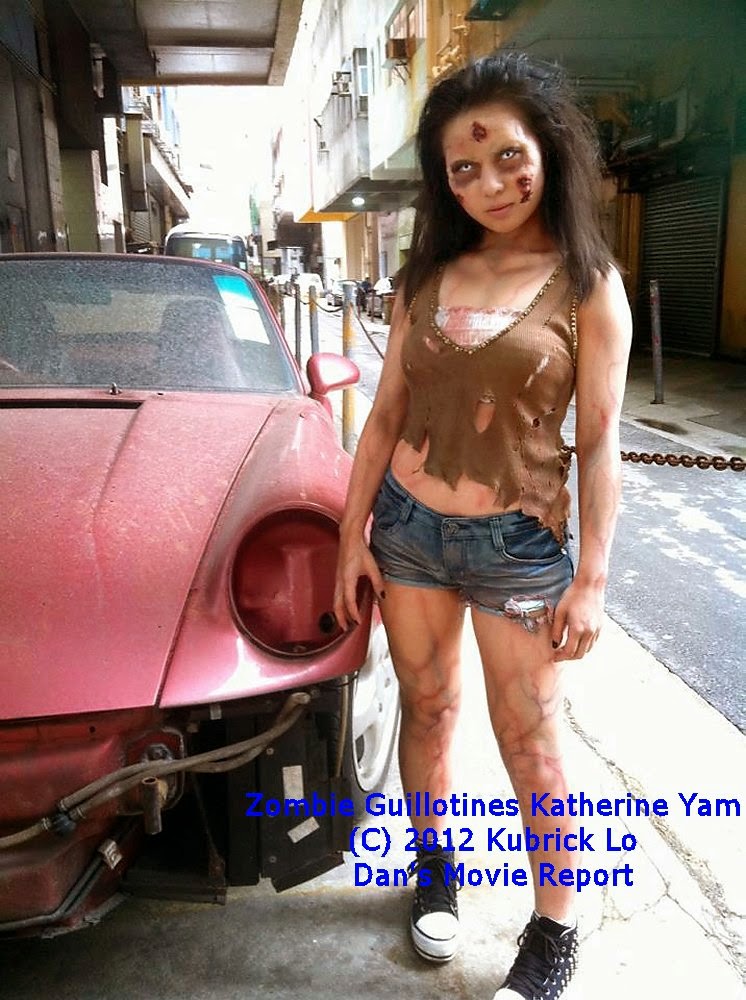 The 9 minute short is a fantastic proof of concept movie in the vein of 'Flying Guillotines', but with the undead and a dash of ultra-violence. Easy to envision Zombie Guillotines as a game or web series. Tightly shot, expertly produced, well acted and edited, this over the top gore fest rates a head ripping 8.5 out of 10! A must watch!

The full Zombie Guillotines movie is available on Youtube 1080p with CC subtitles in English as the main language is Cantonese. http://www.youtube.com/watch?v=0IbOGW0c_Co