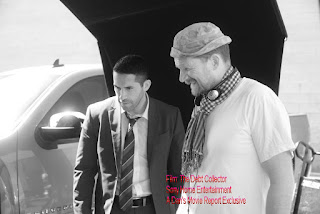 Above: Jesse and Scott prepare for the action on The Debt Collector! A Dan's Movie Report Exclusive!! Like Jesse on Facebook @ https://www.facebook.com/actionjessevjohnson/

Greetings valued Dan's Movie Report readers, in a surprise interview, action legend and director, Jesse V. Johnson stops by to drop a bit of knowledge for his upcoming film The Debt Collector. Jesse's films have been featured on my site many times, with The Debt Collector I feel that he has upped the bar not just in action, but in dialogue and flow. Time to get down to business and collect this interview!


DT: Chat a bit about the pre-production of the film and how the story was adapted for the screen. What was the prep time etc.


JVJ: This project was written about ten years ago, it was the script that found me an agent, the script that got me meetings and paid my bills for several years with options.  JCVD developed it with me for a time, but, eventually I pulled out, he wanted Ringo Lam to direct, and it would not have been a good film. We had quite a few name cast attached to star over the years.


Michael Rooker was going to do it with Burt Reynolds for a time.  Anyway, I never felt I had the right team or we couldn't find the money, so it languished.


Scott and I made a very low-budget film called Savage Dog, which did extraordinarily well. You have to understand, that these films do not do much business anymore. It's a brutal market with utter theft going on via pirating and streaming.


That process simple destroys a film's profitability, and 98% of the foreign market fans simply steal the film, they freely admit to it on-line, without having the forethought to realize they are destroying their hero's ability to get bigger budgets, or more films made. 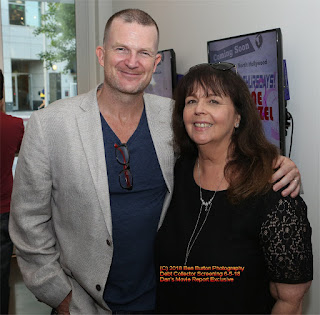 Above Jesse at the screening of The Debt Collector June 5th 2018 with Debra Del Prete.


DT: I agree especially now films are actually less expensive than before due to Amazon and direct sites to buy.


JVJ: Savage Dog did very, very well for Bleiberg and they offered us another film together.I had already been contracted to direct Accident Man in the UK, so we had to wait for that to get done, then a last minute call to fly to Thailand to take on the directing gig for Triple Threat, interrupted us again.


In the meantime, Stu Small took the script and started updating and polishing it.


Stu has a very close relationship with Scott, they went to high-school together, so he understands Scott's verbal cadence and taste.  It is important to note the amount of freedom we were allowed by Ehud Bleiberg (the Executive Producer) as you don't usually have this much time or artistic leeway to polish a script.


By the time shooting rolled around, we had a very solid screenplay.


My manager Deborah Del Prete (Enders Game, Greenstreet Hooligans) liked the script and got involved and her story analysis and notes were very very helpful.  She became a creative producer and she was there everyday of shooting and re-wrote or helped tweak moments - she is incredibly perceptive and just very aware of where the story and characters were going or should be. This was my first time with a creative-producer on set and it was an incredible step up for me.


Deborah's management company, run by Daryn Simons (producer and casting director) cast the film, they did this carefully and with great awareness of who we working with.  This was also a first for me.  As I am usually simply battling the clock and the pocket-book in casting, creativity is very often a secondary consideration.


Daryn also set-up a read through with key cast which was incredible, and really helped hone the script and brought issues to our attention.  I have never had one of these before, lol, there is never enough time or budget, Daryn made it happen, and talked everyone into attending, which was incredible.


I remember Scott and I laughing; as a read through with cast it not usually on the books or a priority for the films we have made, it was so helpful and useful I will never do a film without one again! 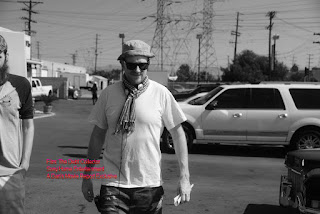 DT: Very good idea with a creative producer on set. The Debt Collector is incredible for the actual acting not just the action, did you do anything different on this film than others, looks like more time was taken getting actors into character.


JVJ: The focus for me is NEVER on the action.  There are YouTube clips made for $80 that have great "action" in them, and you forget about them fifteen minutes after viewing them.


Our job is to make stories that entertain, stories require characters and plot, and that is where my focus is. Scott is analytical about the action and he focuses on that to a degree that is professorial. I have a great (action and stunt) coordinator Luke Lafontaine, who knows my tastes and interests, he prepares the action based on our discussions, and I tweak it accordingly.


My attention, energy and to be perfectly honest, my interest, is always in the performance. Presuming we've fine tuned the script ahead of time, it really becomes a matter of listening for the truth, the honesty in the performance or words, and adjusting, or stepping back and not getting involved, as with Louis, I just watched him build this character from the ground up, he would ask my advice, but he had it, and was really just being polite, he would keep thanking me, and really it was him doing all the work, the nuance and layering.


DT: I wish more 'action directors had your intrinsic focus to performance. With regards to the car scenes and action around the car, was drone footage used, and what are some of the challenges directing larger scope action scenes and wide shots?


JVJ: I have always been fascinated by how geographically interesting LA is, one minute you're in the financial part of the city, then the sprawling urban waste of the northern San Fernando Valley, and then in absolute mountainous wilderness of Malibu State park. I wanted the audience to experience this and the drone, or helicopter camera, was a fairly good tool for that.


Well, every film you make you must force yourself to learn to adjust to temper your edge. I left high-school at fourteen, and have worked in and around motion pictures my whole life.  My first films were learning experiences, grappling with cast, actors, character, plot, and un-learning rules and concepts was a big part of it.


The greatest lesson I learned from twenty years making films. Have a solid plan ahead of time, but listen to your cast, your trusted collaborators and most importantly your heart and be ready to forget whatever your plan was. 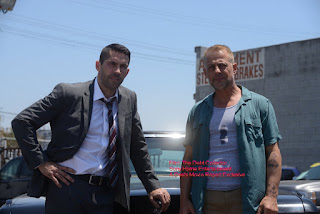 DT: Jesse thanks for sharing the hard truth about lessons learned and how to grow and adapt in film. Sony Home entertainment is great for distrubution, and you have a theatrical release in LA for The Debt Collector, are there any more plans to expand on it?


JVJ: Not currently, we'll see how it does in Santa Monica - getting any kind of theatrical release for a low budget action film, beyond a SAG qualifying weekend in San Bernardino is almost unheard of. No one watches indie films at the theater.


DT: Ha except me, and some indie writers, and film makers. Finally, any more word on Triple Threat? The release date etc...I saw you turned over the completed project, I know Well Go USA does limited Theatrical?


JVJ: As far as I know it will be later in the year - it is a day and date with China, so, that territory must be booked first.