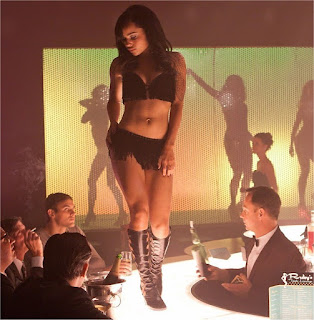 As a huge fan of The X-Men First Class, I am honored to have contacted Zoë Kravitz and she has agreed to do an interview for Dan's Movie Report! Zoe is a dynamic actress and performer. She also has a band called Elevator Flight. The band website is http://www.myspace.com/elevatorfight

Later in November comes my interview with writer/director/producer and resident tibia cracker Kantz as he talks Wasteland, Project Purgatory Beijing and various other projects he has in the works. Kantz is a veteran director of more than 1/2 dozen feature indie films such as Love and a Bullet, Random Acts of Violence, Urgency, Project Purgatory and Anna's Eve. His current film Wasteland was relased on October 11 of this year. Kantz is also the CEO of Modus Operandi Pictures, and is working on Project Purgatory Beijing for 2012 with that company. 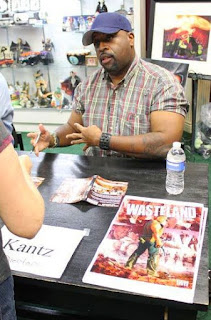 Kantz at the Wasteland DVD signing October 2011.
Posted by Dan's Movie Report-Danny Templegod at 12:41:00 AM