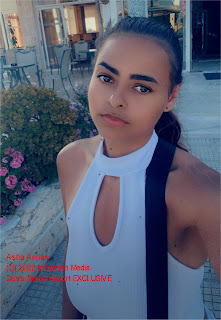 Greetings valued Dan's Movie Report readers, today I chat with rising star Asha Annais, she has a wide variety of experience in the film and martial arts world, and shares her knowledge and desire to rise up in the business. Her most recent feature is 'Honorable Sins', which is currently for sale or rent @ https://www.infractionmedia.com/watch-now Asha is quite an engaging and talented young lady. Asha is amazing and is ready to unleash her diverse talents, enough of my babbling, on to the interview.

First influences were DC / Marvel characters such as Iron, Zatana and Wonder Woman. My first acting role was before 'Evolution' and I did an advert for a Sound Conference and an Engineering company. I just enjoyed experiencing being in a different reality pretending to be another person.

Growing into your teen years Asha, were there events or situations in life that made you ultimately decide to pursue acting and martial arts, any negative experiences or positive?

I grew up doing martial arts, when I saw 'Boyka Undisputed' it was one of my favorite films and I decided I wanted to try to expand my martial arts. I started doing my own stunts in the movies I have been involved with. I have been kicked, bruised and punched on set. I always try to ensure that the martial artists are very experienced and above all are able to fully control their fight action. 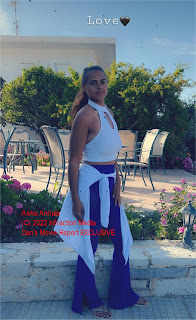 Chat about the film 'Future Shift' did that film really cement your desire to act and work in film full time?

I think Replecan was the turning point. The script was great, the cast were amazing. At the time I was 15 years old when I was filming that. I was living in an adult world of film and I found it an amazing experience. I have always admired British actors and I am fortunate to be able to work on a new project in the next few months whilst here in the UK.

I noticed you do stunts on 'Replecan' and 'Honorable Sins', have you ever thought about pushing to be a Stunt Performer for Hollywood big budget films, or do you like working independently?

I do not want to pursue stunts, but if the opportunity arose and it was an offer I couldn’t refuse then of course I would be excited to do it. Acting is my first love, along with martial arts so any opportunities to further my career I will jump at. I love Indie movies and have built my career working in Indies, however I think many actors like myself hope for larger budgets and more recognition.

Same question with regards to make-up artist, I noticed you were the Make-Up Artist for those films as well, ever thought about doing that for Hollywood, films?

If the opportunity arose I would for sure love to do that. Every role takes a lot of effort so I find myself focusing on the roles I want to do the most. 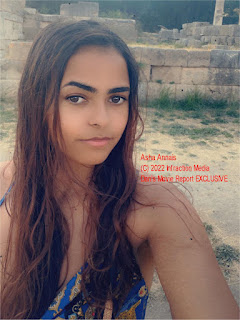 I am curious how working in Canada compares to the USA or U.K. It seems like the Canadian Government is more supportive of independent filmmakers.

The Canadian government is generous for tax credits, however small Indie films with a diverse cast such as ours are often overlooked. Our biggest supporters are in the US and the UK. Working in the US is fantastic, there is an amazing energy that emanates from everyone. The UK is buzzing with filmmakers and it has a great atmosphere.

Do you feel that there is still a long way to go for women as directors or producers, question also for Suza... I ask this because it seems after the whole Harvey Weinstien situation, ladies are finally rising up.

Asha: I think it is difficult to comment on, I don’t know too much about the numbers of how many women are getting to direct but it looks as though there are becoming more women directors.

Suza: It appears that there might be more women producers than directors (don’t have the figures at all) I think there are now persons identifying as women also in the category of what was the traditional category of ‘women filmmakers ‘so the actual numbers of women could have gone up or down I don’t have an answer. The real numbers are hidden. Women Of Color Action Directors are pretty slim on the ground. There is no one is running around looking for them at all.

My 5 year goals is to be in bigger projects, and also to star in a marvel movie one day.

Moving on to Martial Arts, lets chat about some of your training in action?

I started around 4 doing TKO and then took an interest in boxing. At one point I wanted to be a boxer but had a few knee injuries and decided against that. I have always admired martial artists and I always tried to learn moves I saw on screen.

Do you feel as a martial artist that training has changed in the past 10 years?

I am not really sure, my training has changed as I now learn as much screen fight action as traditional boxing and TKD. They are two completely different techniques with different qualities for each.

Who are some of your martial artist influences?

My biggest influences are Jackie Chan, Scott Adkins (Undisputed), Van Helsing is my favorite movie which is packed with action. I also love Cynthia Rothrock and Don the Dragon Wilson, who are amazing people and great role models.

I am am curious if your watch UFC or MMA events, have you ever thought to compete, I see they had MMA competitions on UFC Tuff Enough.

Yes I have seen WWE live and loved it. There was a time I seriously considered pursuing WWE but due to my knee injury I had to rethink. I love MMA but have never wanted to compete in it.

Wrapping up the interview chat about some advice you would give your younger self if you could go back 10 years, things to look out for, bad or good.

I would say try new things, go for the audition and don’t be shy. Even though you might doubt yourself there might be a film role that is ideal for you and you don’t know unless you go after that.

Above Video (C) 2022 Infraction Media Shout of from Asha to Dan's Movie Report!!

What advice do you have for young actors and martial artists growing up, and do you have a motto to live by?

Go to as many different martial art classes as possible. It will give you a better grounding. I don’t have a motto but I believe that if you want to be an actor try to act along with the characters you are watching. It helps you generate the emotion required for the scene.

For further information please connect with Asha on her official pages: