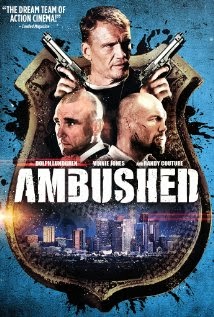 Above Pic: Poster from IMDB

Any time Dolph Lundgren is in a film expect full on action, throw in Randy Couture and boom even more action! Interestingly enough, the focus of Ambush is actually about two small time drug peddlers Vincent (Vinnie Jones) and Eddie (Gianni Capaldi) Seems like these two gentlemen, and I use the term very loosely, want to move up from small time, will stop at nothing to get there, including murdering their competition.

Randy Couture plays a crooked detective named Jack dead set inn retiring to Costa Rica all the while muscling in on the drug business. Dolph plays a straight laced DEA agent named Maxwell, he suspects that Jack is dirty, but must build his case against him.

What we have in Ambushed are two distinct plots, that should have been made into two separate films. Either plot could have made a decent film. Ambushed tries to shoehorn in too much, never staying with one plot long enough to maintain full interest. 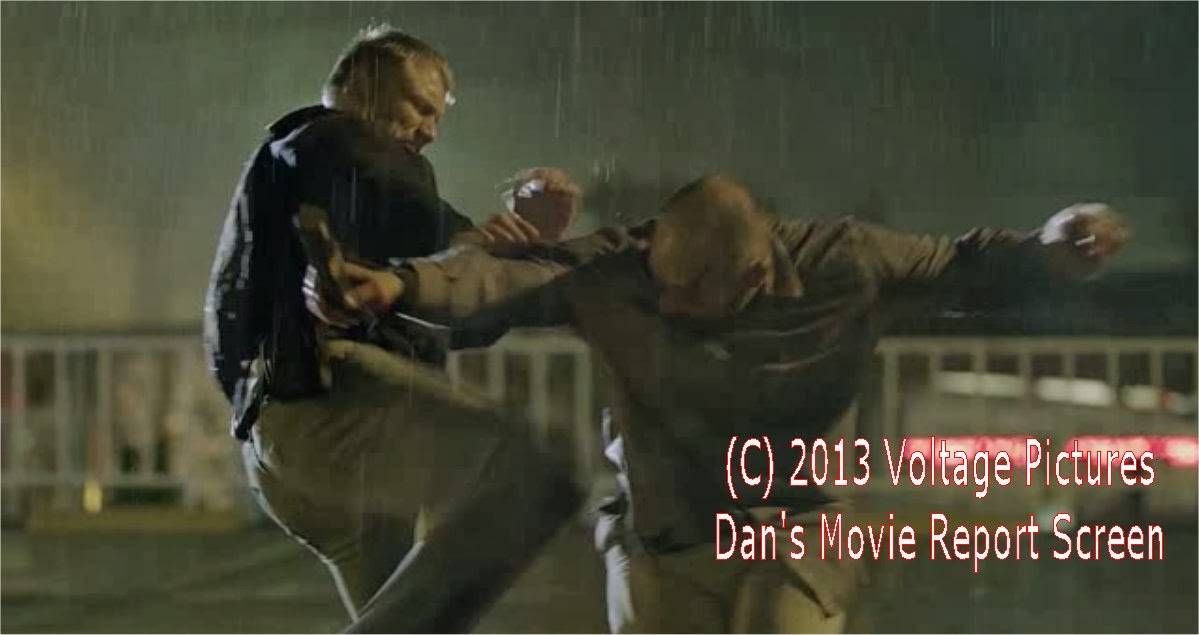 That being said, Dolph ages gracefully, making the difficult transition to playing more hardened experienced characters, Dolph the action star has morphed to Dolph the mentor. Lately his characters have been given more depth, more meat to chew on, and more speaking lines. As a writer, who has followed and viewed almost every picture he was in since View to A Kill, I welcome this transition. Dolph seems to be as comfortable in speaking parts now. as he was with the action in the 80s.

Without getting to side tracked here, Ambushed is a decent film, perhaps a bit muddled down, by the dueling plot lines, but the action and interplay between Vincent and Eddie make for a fun 90 minutes. I rate Ambushed a 6.5 out of 10 worthy of a rent!