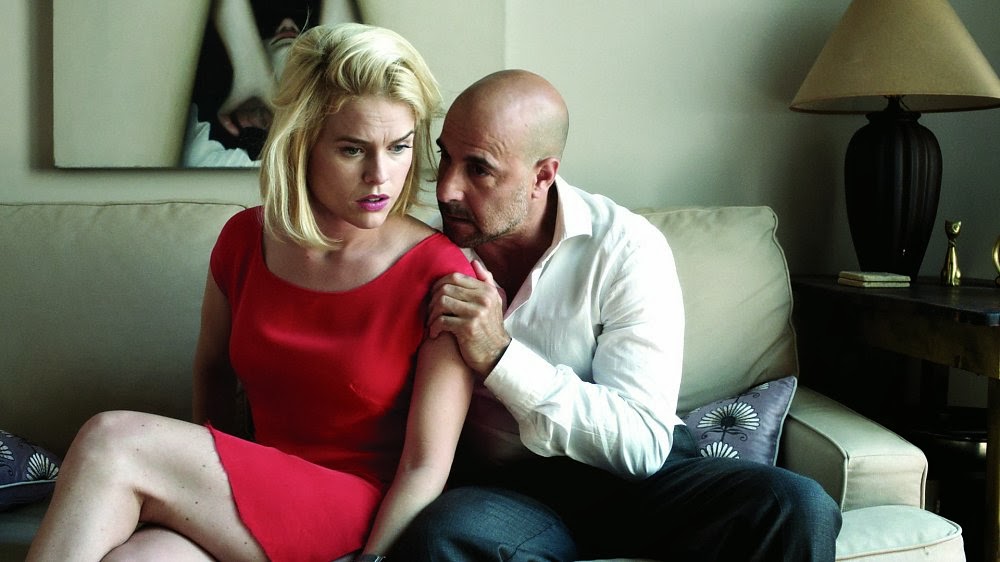 Above Pic: Alice Eve and Stanley Tucci in 'Some Velvet Morning'

New York, NY – October 2, 2013 – Tribeca Film today announced it has acquired all U.S. rights to Neil LaBute’s enigmatic relationship drama Some Velvet Morning  starring Academy Award® nominee Stanley Tucci and Alice Eve. The film, written and directed by LaBute and produced by Tim Harms, Daryl Freimark, Michael Corrente, Trent Othick, and David Zander, had its World Premiere at the 2013 Tribeca Film Festival and will be released theatrically and via on-demand platforms this winter.

Some Velvet Morning introduces us to Fred (Stanley Tucci) who arrives at the doorstep of his beautiful young mistress Velvet (Alice Eve) after four years apart, claiming to have finally left his wife. But when she rejects his attempts to rekindle their romance, his persistence evolves into obsession — and a dark history between the former lovers comes into focus. A return to form for writer/director Neil LaBute (In the Company of Men, Your Friends and Neighbors), Some Velvet Morning is an astutely written portrait of a very modern romance. Tucci and Eve’s nuanced and complex performances, paired with LaBute’s wordplay, create an intriguing drama. The stunning finale “doubles-down, then kicks you in the stomach as you lay on the carpet” (Film.com) and is “full of intelligent and witty twists and turns” (ScreenDaily).

“LaBute has a brilliant and unorthodox approach to filmmaking that captivates audiences, incites reactions and sparks dialogue,” said Geoff Gilmore, Chief Creative Officer of Tribeca Enterprises. “Some Velvet Morning is a thought-provoking and emotional ride that culminates in a gray, open-ended space, but its complexities do not overwhelm Stanley Tucci and Alice Eve’s electrifying performances, or LaBute’s acute sense of storytelling.”

“I feel so lucky to have Some Velvet Morning in the hands of Tribeca Film,” said Neil LaBute. “Geoff Gilmore and his team have been a great believer in my work and it's a real blessing to have this film given the care it deserves in the marketplace by such a fine company like Tribeca. I hope this is the beginning of a long association.”

The film will be released beginning December 10, 2013 on cable/telco and satellite video-on-demand platforms, as well as iTunes, Amazon Watch Instantly, VUDU, Playstation, and Google Play, followed by a theatrical release beginning on December 13, 2013.

Watch this space for further exclusives, keep your browsers locked to:  www.dansmoviereport.com