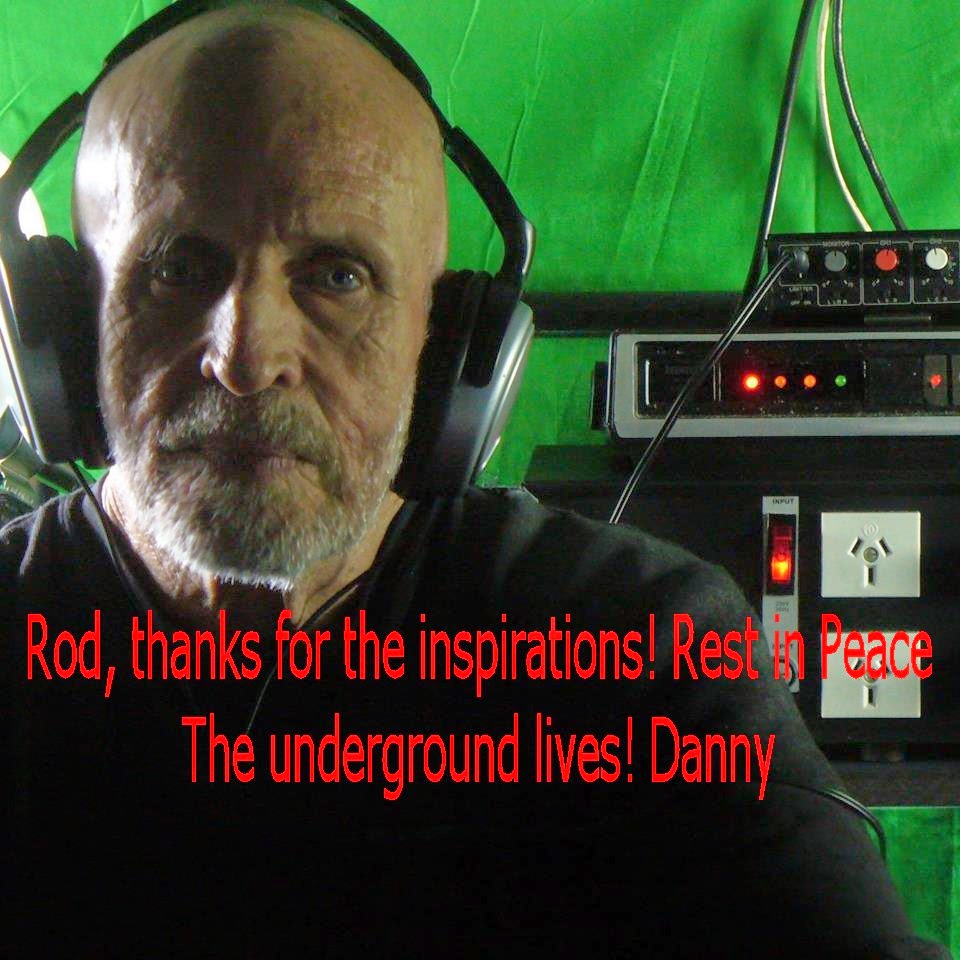 Rod Johns was a true pioneer of indie films, never wavering in his zest for creativity. from his projects in the NZ 48 hour film festival, Stella 459, and Ghost Bride Rod was an innovator, rest in peace buddy, your legacy will be remembered for eternity----Rod Chats about Film creation in New Zealand.


The New Zealand film industry grew from small very modest beginnings and there are good and bad points about this.

The early mainstream industry was government funded, which was essential to establishing the flourishing film industry and high budget productions being made in New Zealand today; but even then there was an embryo indie/guerrilla scene happening with a few keen filmmakers like Roger Donaldson, Geoff Murphy, and Peter Jackson running around with cameras shooting their actor friends.

This produced the can-do low budget film-making ethos which New Zealand filmmakers are famous for and I believe are amongst world leaders in; but as the mainstream industry developed the small pool of production companies/producers also came with baggage.

A funding merry-go-round was created with producer A getting the funding brass ring this time, producer B the next, C the next, and so on.
I think a lot of producers got locked into government funding as the sole way of financing films because of this; which also severely limited the type and range of films (and Television) we could make in New Zealand.

When the New Zealand Film Commission funded their first film (David Blyth’s first feature, Angel Mine) for the princely sum of NZ $19,000 the controversy it caused almost brought down the fledgling Government film funding body.
I think a lot of industry people got spooked by this and were running scared: Terrified of having the PC finger pointed at them if they attempted to make anything edgy and controversial; a fear of making anything un-PC that seems to have carried over right into the present day.

This combination of reliance on government funding, and fear of the PC lobby, severely inhibited New Zealand filmmakers which unfortunately started with writers’ self-censorship: Writers thinking I can’t write that it would never get funded/made.

There was a period where the industry looked like breaking free of these constrictions with dark and edgy films like Vincent Ward’s ‘Vigil’ – still one of my favourite New Zealand films – and Michael Firth’s ‘Heart of the Stag’ but then someone seemed to decide New Zealand films were quirky/cutesy and safe and...
Oh well! Probably an era of New Zealand filmmaking I’d rather forget.

I pitched something edgy to a producer and the first response wasn’t that’s great, or crap, but: I don’t think we could get the Film Commission (the government funding body) to fund that.
I asked if that was the only place he looked for funding and he looked at me as though I was deranged.
I think he was totally convinced he was talking to a nut job when I asked didn’t he look offshore for funding? He had obviously never had to explore this possibility.

Which brings us back to the thriving indie New Zealand film industry.

With so many filmmakers wanting to make films - and the small government funding pool seeming to be totally dominated by big fish production companies and an even smaller pool of ‘Stars’ - even though filmmakers are well used to and hardened to rejection (and if you aren’t you had better get out of the industry fast or it will destroy you) a lot of aspiring filmmakers have simply given up on even applying for government funding.
They (thanks to the wonders and low cost of digital filmmaking) have reverted to the indie/guerrilla filmmaking ethos that made New Zealand filmmaking what it is today and, like the aforementioned Roger Donaldson, Geoff Murphy, Peter Jackson, etc. are just getting together a bunch of friends who are passionate about film and getting out there and doing it.

Today’s indie/guerrilla filmmakers don’t have the guerrilla freedom and leeway that some of the early filmmakers did of course: The late-great actor and wildman Bruno Lawrence once told me they needed an explosion in a film so they just went out before dawn, set it up, set the explosion off and shot it, then threw their gear into the cars and buggered off before anyone came to arrest them.

Production values do, by low budget constrictions, suffer on some indie productions but as David Blyth once told me the object isn’t to make a perfect film (although this would be the ideal) but to make ‘A Film’ and tell a story.
A similar thing was expressed by Kiwi sound guru Ande Schurr in one of his blogs where he said he suddenly realised on a shoot he wasn’t able to get ‘perfect’ sound in every take.

Within the constrictions of a low budget you can’t do that 27th take to get a slightly better performance, lighting, camera movement, or sound; you have to go with the best you can achieve within the constraints of the budget at the time.
The object is to make a film; not half a perfect film – if such a thing as a ‘perfect film’ even exists.

For more information about Rod's final project in production Stella 459 go to:  https://www.facebook.com/stella459