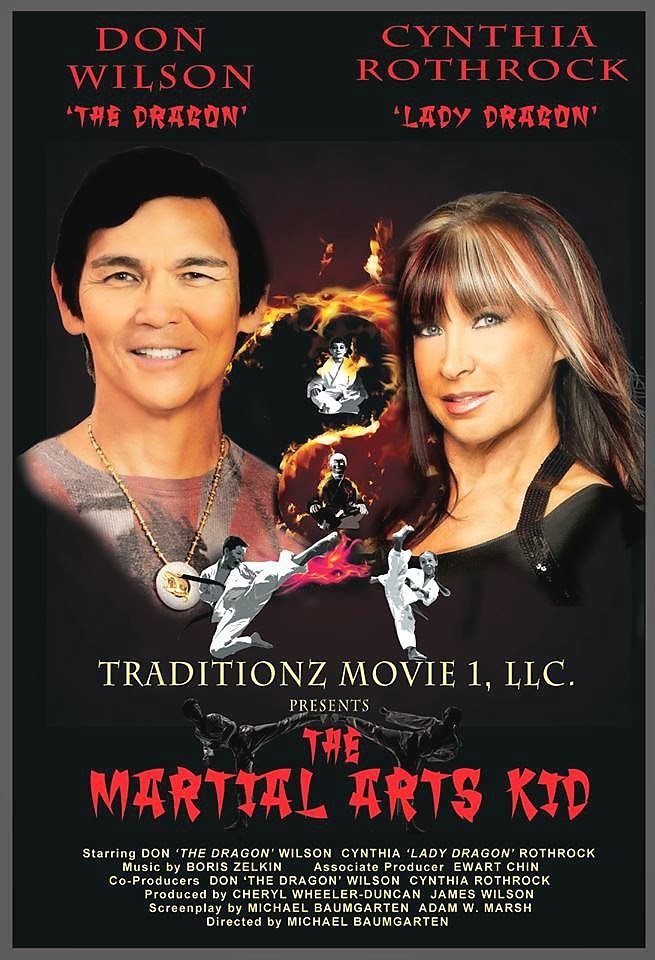 Cynthia Rothrock, Don (The Dragon) Wilson and several other stars are working on a family oriented action film entitled The Martial Arts Kid.

Plot Outline
When troubled teen Robbie moves to Cocoa Beach, Florida from Detroit after his grandmother has had enough of his antics, he soon realizes that everywhere he goes there is somebody who doesn’t want him to be happy… and in Cocoa Beach, that somebody is Bo Whitelaw, the toughest and most popular guy at the high school.

From the moment Bo gives Robbie a beat-down in front of Rina (the prettiest girl in school), we know Robbie’s chances of living in a happy neighborhood are just not realistic. To help Robbie stand a chance of survival in a dangerous teen world, his estranged Aunt Cindy and Uncle Glen (played by action legends Cynthia “Lady Dragon” Rothrock and Don “The Dragon” Wilson) are there to coach and train Robbie. Along the way, Robbie learns defensive skills that will give him a chance to defend himself… But will that be enough to protect himself from Bo in an all-out epic battle? And will Robbie ever be ‘the man’ in Rina’s eyes? Find out when everything comes to a head in a final showdown that pits legends of traditional martial arts against MMA fighters in a battle you will have to see to believe.