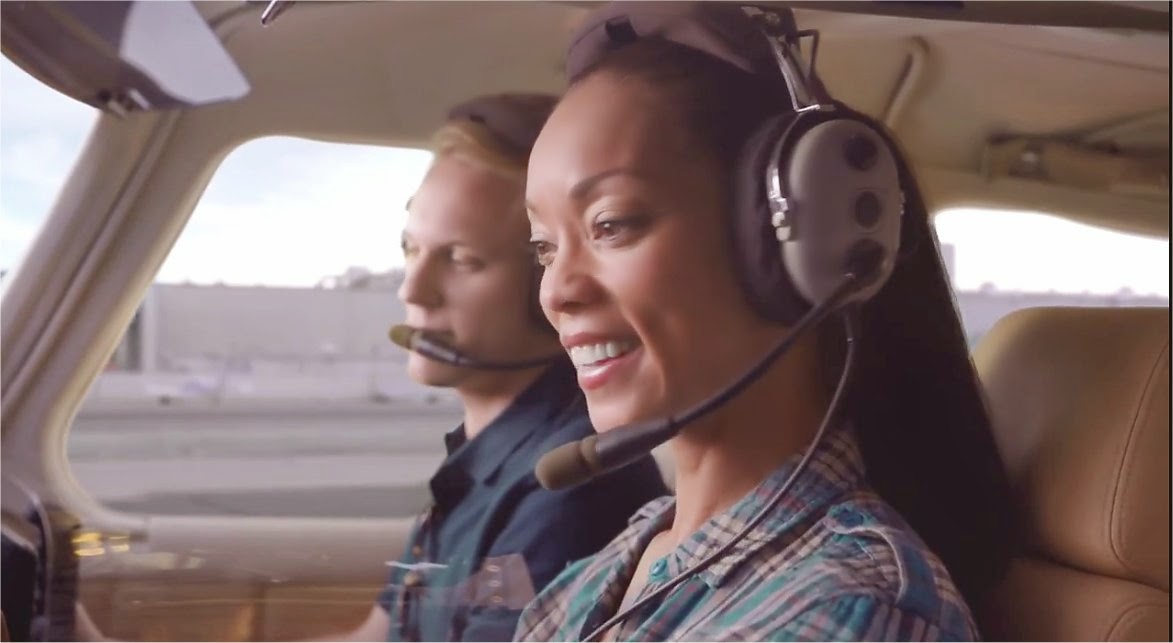 Acting and work in Hollywood is often very difficult to come by. Starring in a commercial or series of commercials can often be a stepping stone to further success. Kimberly Arland has a couple of cool commercials out, that should further her career. Kimberly is smart, humble and very hard working. I particularly like the Groupon commercial which shows Kimberly's great smile portraying a student pilot. Kimberly has a clear speaking voice, and should transition smoothly into more feature work in the future.

In addition Kimberly is also in this commercial