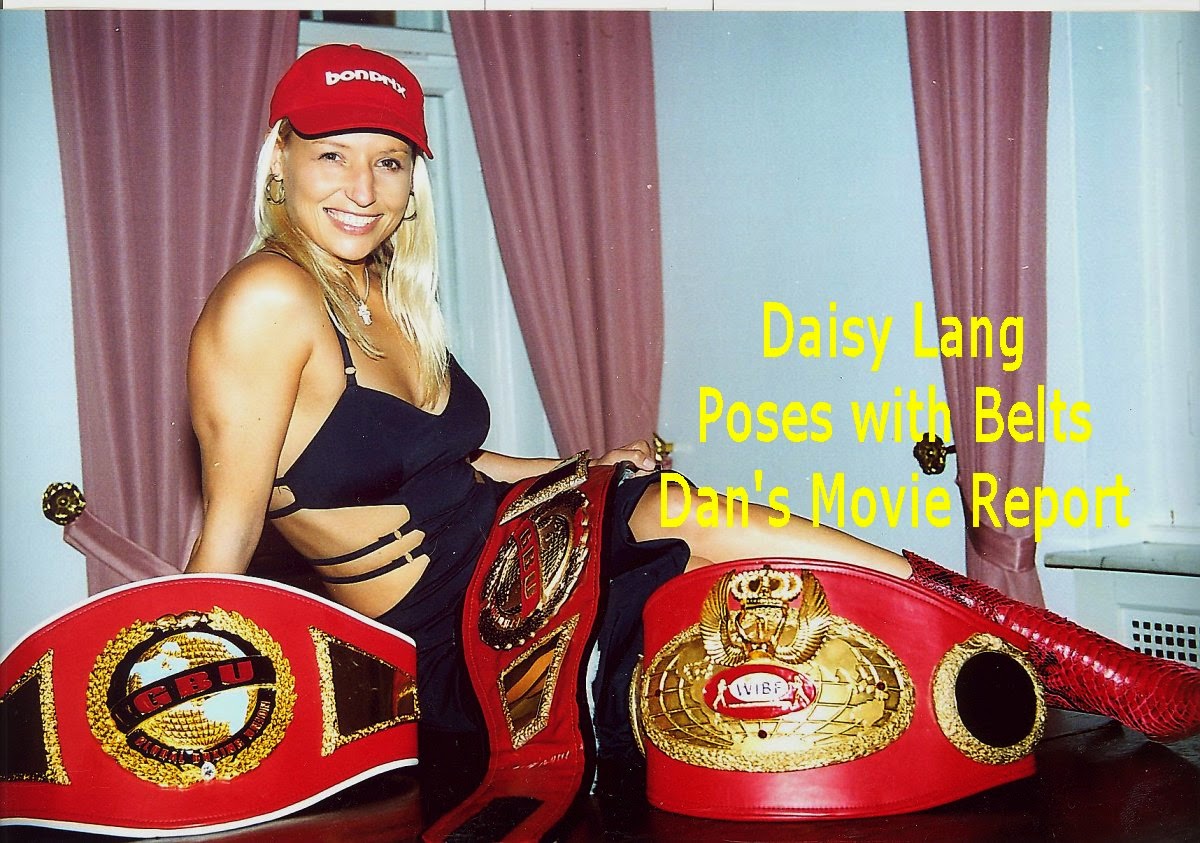 Greetings my esteemed readers, time for another legend interview on Dan's Movie Report! Martial Artist/Boxer/Actress Daisy Lang chats exclusively with with Dan's Movie Report, about her career, past, present, and future. This interview is 11 years in the making! I met Daisy back in 2003  in Las Vegas at the H.I.M.A.S. Banquet, now the time is right!

A bit about Daisy for the non initiated, non martial arts, and non boxing fans:
,
Before she came to Los Angeles and started working in film Daisy Lang had a world renowned career in karate, kick-boxing and boxing. In 1995 she first became known to a U.S. audience as the World Champion in karate and kick-boxing.

After kickboxing, she became one of the pioneers in women’s professional boxing in Europe. She has three World titles to her name, all won in fights in Germany: Junior Bantam (1999), Bantam (2003) and Super Bantam Weight (2003). Her success in sports made her a popular guest on national TV shows and a frequent subject of magazine articles.

After a successful decade in the sports world in Europe, Daisy relocated to Los Angeles to concentrate on her acting career and business. In 2007 she became a member of SAG and has been working in films and commercials, mostly in action roles

Daisy Lang is also a physical therapist who uses her experience as a world class athlete and her knowledge in the medical field to promote boxing as a way to stay in physical and mental shape.

Like I said LEGEND! Now sit back, grab some green tea, and tune out the world and tune into Daisy Lang!

We last spoke in 2003 when you were still actively fighting, when was your final fight, and would you ever consider a return to the ring? 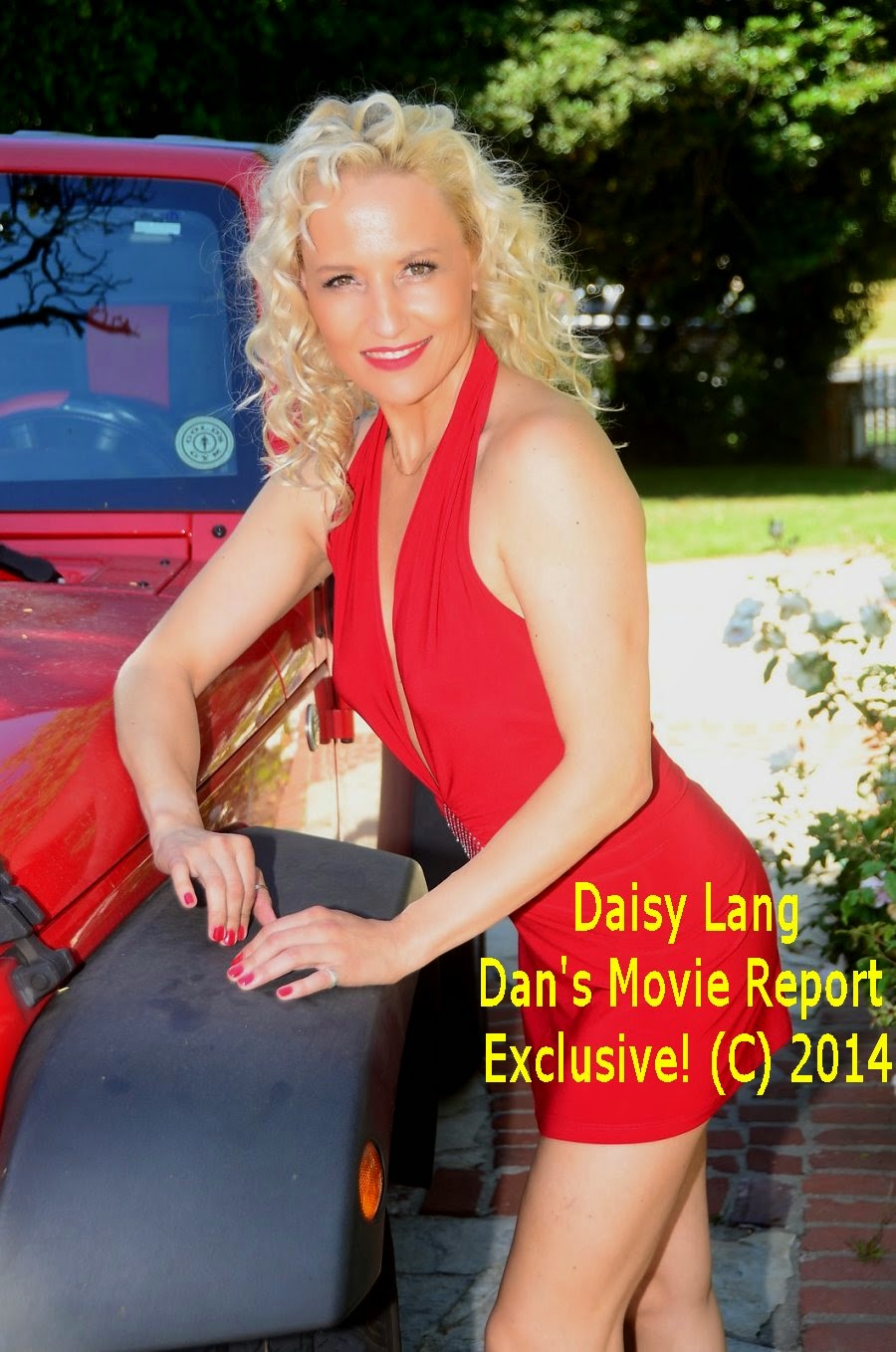 I know you relocated to the U.S. Since we last chatted. How long have you lived in California, what prompted the move?

I have lived in California for 8 years and never planned to stay in this country. I came often to the U.S. , for business, visited my friends in Los Angeles, I always told my friends : I don't know when I will come back, sorry, I am going back to the cold weather again. I like the Sun in California and the freedom of many opportunity  That was a big reason for relocating here. Germany was the best place, to have my boxing career, but everything moves slowly, and of course the weather haha.

Discussing the film Undisputed 2, great film, How did you get the part of Svetlana, must have been amazing to work with Issac and Scot Adkins, and Michael Jai White, if you can share a cool story form that production.

It was a big pleasure to work with Issac Florentine, and he is a big martial artist too. Discussing how I got the part on the film, initially I worked on another production before (U.S. Seals Dead Or Alive, “Operation Stormbringer”) I was invited by the company ,Nu Image , because of my sports experience and got  a role of the Russian Terrorist Ania, (I was still competing at the time) Because of my role in that film, I was invited to the second movie Undisputed 2. The story in the movie takes place in the jail. The director created a part for me, I was a bodyguard for the Russian Mafia Boss I did not have many fighting opportunities in that film and discussed with Issac Florentine all the time, can I get some kicks, can I fight with somebody else. In Undisputed 2, I have to kill people with weapons, and that was a bit boring for me haha. In acting, Issac explained to me, it is not always to fight, that you have to play cold, serious. It is much more difficult to play the part of the bodyguard, to be serious all the time and I am a person who likes to smile a lot, I really needed to work hard to be serious all the time. It was a big pleasure to meet Scott Adkins and Michael Jai White, both great actors and fighters, real action people, they did there own stunts, and they did a very good job together. 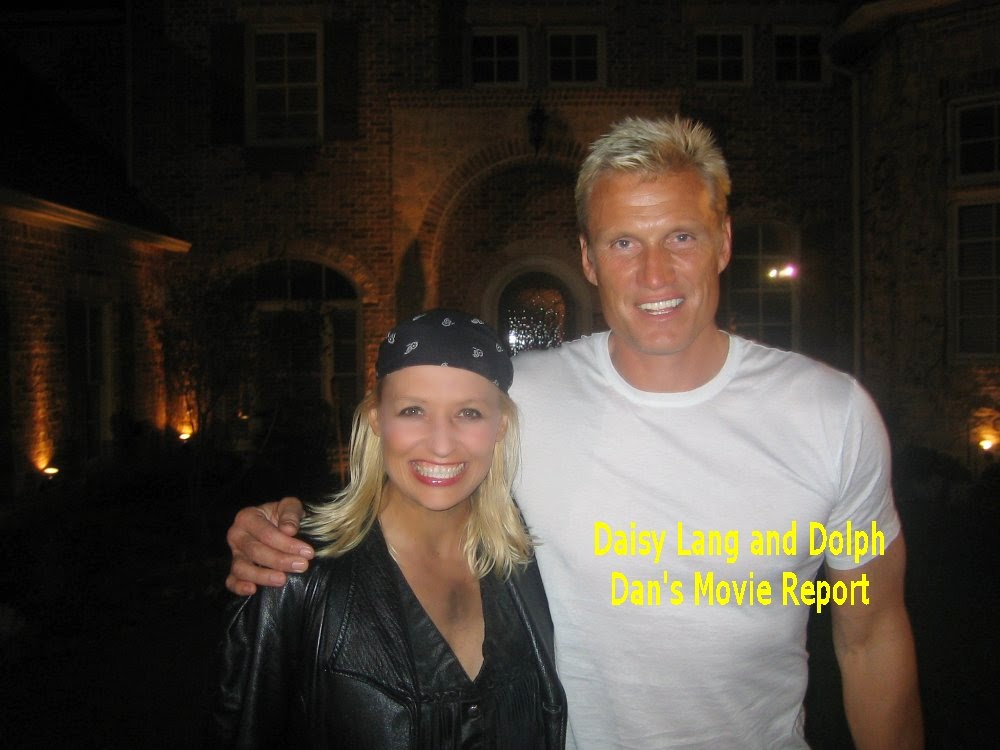 Staying with the action film topic, chat about about working on the film Missionary Man with Dolph, you make a great tough girl! How did you get that part?

Actually there is a very interesting story about how I got that part, I was invited by Sylvester Stallone to the premiere of Rocky 6, at the Chinese Theater, actually Dolph is a good friend of mine. I met Dolph in the premiere, he knew I liked motorcycles, he told me he was shooting a film in Texas, he will also direct and star in the film, he told me, there were a lot of motorcyclists,rockers etc, and he wanted to give me the part of a bad girl biker! To ride motorcycles, we also had the chance to work out together, he is an amazing athlete. We trained together for the film, he is great he can fight for real as well. He is a very organized and disciplined man, I went for one week in Texas to work on Missionary Man, and with that film I became a SAG member. It was a lot of fun, I was a bad girl, I did some fighting in the film, we trained every day, and I met very nice people on that film.

What do you think about females in action films in 2014 as compared with a decade or so ago, more doors are opened up?

I am a very positive person, I see the action parts for women getting better, not just this year, even starting a few years ago. Angelina Jolie's influence has really helped. I think many more doors are opened up for women in action films. This makes me very happy, I also see women taken from UFC to be actresses like Gina Carano, Ronda Rousey, who are athletes like me. I am a big fan of Ronda Rousey. I met her last year in Bulgaria on the set of Expendables 3. I also watched Ronda fight in Vegas, she is a super talented fighter, and very feminine. 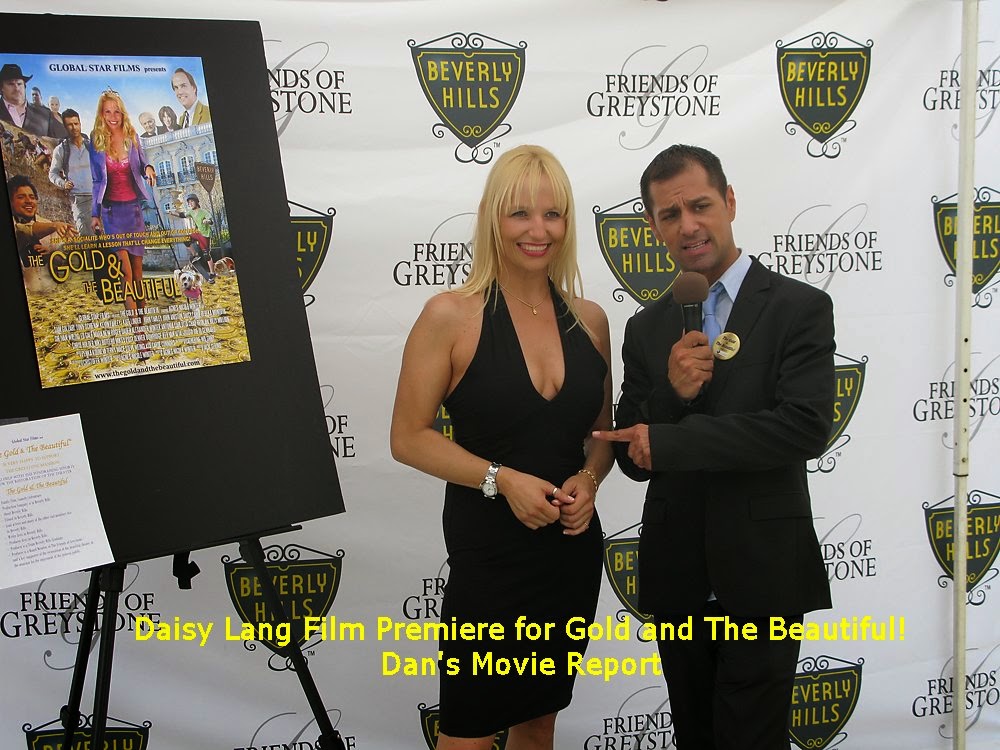 Do you personally like the more raw style Scott Adkins style or the wires and flashy stuff of the comic book adaptations?

Honestly I like both ,the combination, because I don't  like just to be rough, I like the comedy side as well. That part is much more difficult to play as the opposed to be a brutal and rough person. I had a nice experience in my first comedy movie The Gold and the Beautiful with the Farley Brothers. I had a pretty big part to play Reeza Rizoto who was the write hand to the "mafia boss" Kevin Farley. 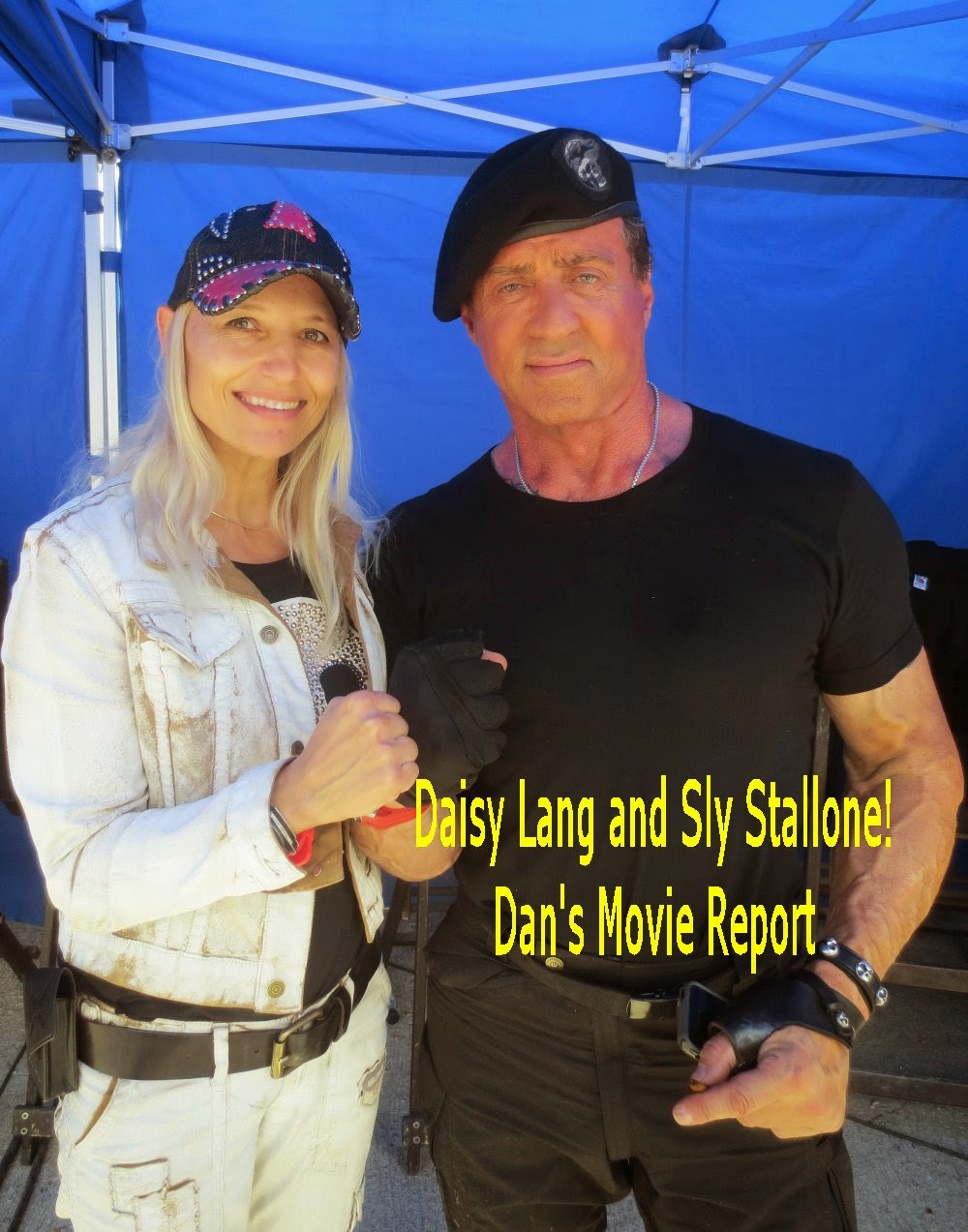 I noticed you have been involved with a few charitable events, chat about Big Fighter Big Cause, sounds like a cool charity.

I was invited every year to this charity event true a friend of mine Ann Marie Newman and I know Sugar Ray Leonard too. Leonard is one of my favorite boxers, and he is a legend. The fighting world in LA is like a very small city. All of the boxing people know each other. Sugar Shane Mosley, Oscar De La Hoya, and Mike Tyson are also involved in the project, a great cause.

Any new film or TV projects in the works?

I have some parts in upcoming films, but not able to give the information as of yet, you will be the first to know. People can continue to get roles, If you look good, no matter the age. As long as you look good and have solid physical shape. I believe you can still get work as an action actor.


How about opening a martial arts Dojo, have you done that, or are thinking about it? The reason I ask is because of your vast knowledge, and specialization in physical therapy.

For now my time is so limited, I wish I could clone myself, to have time to utilize all my talents together. I think I will be able to do that when I stop traveling and stay in one place, and probably have a family, but for now I do not have time to do this. When I was a child I said I always wanted to have a physical therapy practice connected to a martial arts dojo. When I lived in Bulgaria, my basis was martial arts, everything after that I achieved comes from the martial arts. I started with Tae Kwon Do, then karate, then kick-boxing, and the end of the story is that I became a professional boxer. 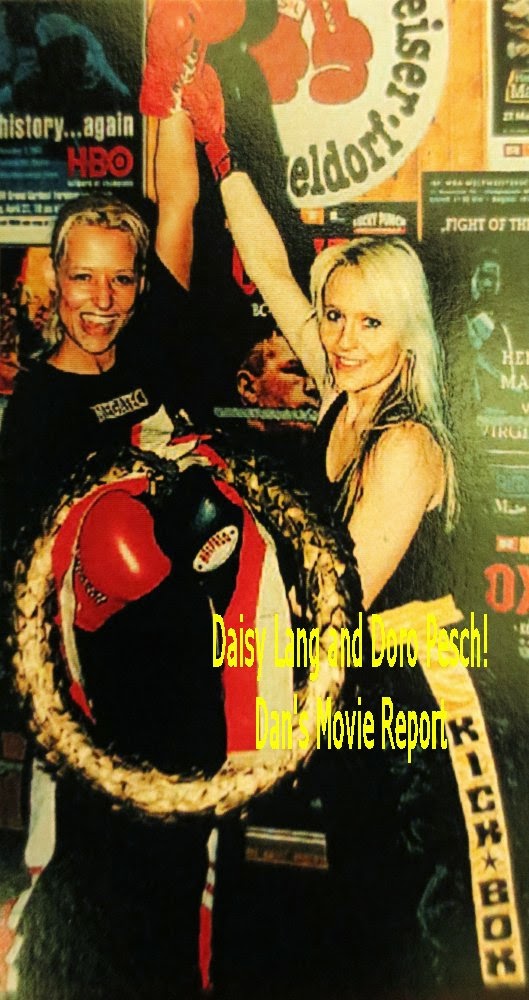 A slight diversion in the interview, chat about training singer Doro Pesch for her celebrity boxing match? As a huge fan of her music and of course martial arts, I am curious to learn the situation behind her fight.

It was a reality show in Germany- like dancing with the stars, but it was a Boxing with the stars. Doro and I are very good friends, from Dusseldorf. She is a powerful woman too. Doro came to some of my first boxing revisited the gym in Dusseldorf, she liked martial arts a lot, and our managers knew each other as well. I am a rock-n-roll lady and like her music. Actually I was supposed to train Samantha Fox for the show . I went to London, to train her and she was injured 5-6 days before the show she had to pull out. I told my manager, to get Doro. It was difficult to get Doro, she was on tour at the time Her manager did not want her to do the fight, because she could get hurt. I spent some time with Doro on her tour bus, we trained for only three days between the concerts. We had some training and interviews, it was a very short time to get ready for that show, but she did an incredible job. It was awesome working with her. 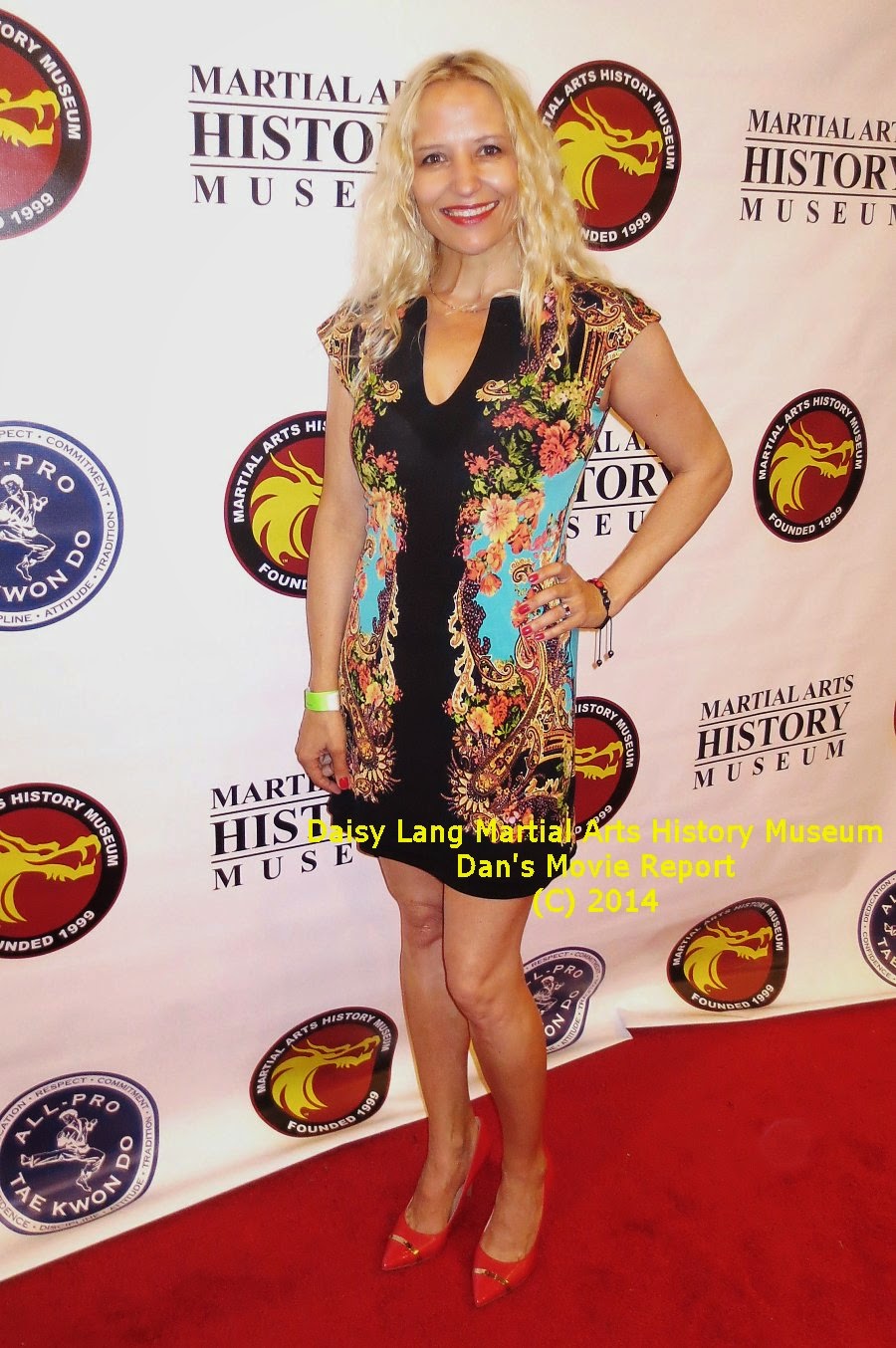 Very cool story about Doro, she is such a talented and hard working person! Share some final thoughts Daisy, lets wrap this chat up. Thank you for your sharing your time to conduct this detailed interview.


The Martial Arts spirit and experiences are always a part of my life, and make me a very positive person. I wanna say to everyone: "Don't be afraid to do what you wish! Every day is a new beginning!" Danny, thank you again, I am sure we will chat soon when my new films begin shooting, and I have additional news.