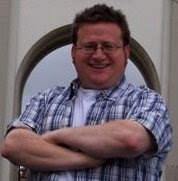 Hailing from the UK Ross Boyask has made his bloody mark on the action film world. He has several films to his credit including Left For Dead, FIXers, and Ten Dead Men. In 2001 he directed the short film Pure Vengeance, an early film in Scott Adkin's career.

IMDB links to a few of his earlier films:

In addition to directing Ross a screenwriter, producer, writer. He has a couple of other guys working with him on several projects. The very talented Chris Regan wrote Ten Dead Men and Manor Hunt Ball. Left For Dead was written by a gifted chap named Adrian Foiadelli. Ross knows how to be a man of all trades, but also allows people who work for him and with him the creativity to make the project work.

2012 is set to be a banner year for Ross as he has several films in various stages of Development. First on the agenda is Warrioress, which is set to be ready for screening January 31st. Warrioress is the story of female warriors on a quest. He has completed the script for See You in Hell, he states that the film is "a high octane action horror - Die Hard meets Dawn Of The Dead". Ross is also in the early stages of pre-production of Manor Hunt Ball a film where the high class society folk hunt down the average Joe's for sport. Check IMDB link: http://www.imdb.com/title/tt1733218/ The film is expecting a 2012 release.