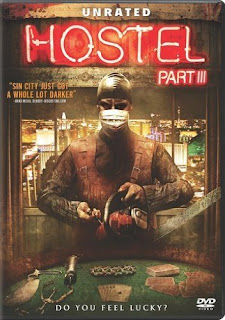 All I can say is wow. I had rather low expectations for this direct to video feature of Hostel. This is the first film in the series not directed by Eli Roth, and although it had a much lower budget it really delivered, on the intensity.

The movie opens innocently enough with a nerdy college type kid wandering into a hotel room that was rented by a couple. I won't spoil it but lets just say things are never what they seem in Hostel III.

The main story begins with four friends meeting up in Las Vegas for the bachelor party to end all bachelor parties. The guys are partying, gambling drinking etc. The atmosphere, mood, and settings are all typical. Things start to turn south in a hurry when they are escorted to a place way off the strip.

Hostel III is one of those films you do not want to spoil even a bit, as one thing leads to another, all building to a crescendo at the conclusion. The actors and actresses move through the scenes and their actions have direct correlation to what happens next. 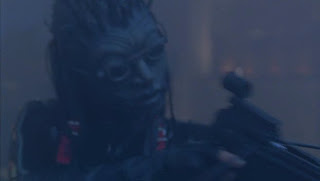 Not all of the girls in Hostel have good intentions!

I will say that this film focuses more on relationship and betrayal rather than the torture, there is some truly terrible slicing and dicing, going on but that is not the main focus of Hostel III. That is what makes this film provocative and fresh.

As a side comment kudos go to the filmmakers for finding the hottest ladies to be in this film. Not to sound sexist here, but there is something for everyone, and some of them even are garment challenged haha. Ladies, don't worry lots of big burly scary men are there as well. 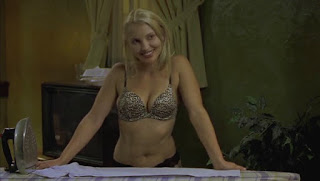 Evelina Oboza as Anka, she does a great job in Hostel III, and is pleasant to look at.

We learn about the characters on the fly but that is fine as the story unfolds. This film had such a well thought out story and the concept behind the torture makes Hostel III stand out in the series.

This film is a must watch. I give Hostel III a 7 out of 10. It is available on DVD Amazon for pre-order and ships Dec 27th.